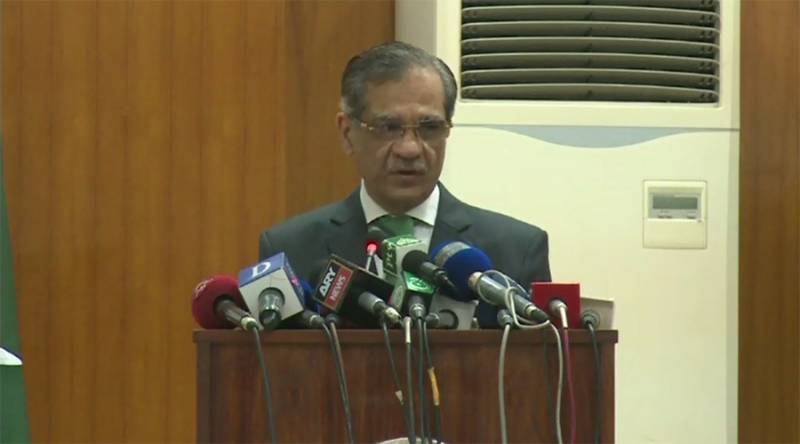 ISLAMABAD: Chief Justice of Pakistan Saqib Nisar has summoned the file of the sub-judice memogate scandal.

Sources have highlighted the issue of shelving the hearing into memogate case in its program Night Edition on January 28.

The memogate controversy (also Mullen memo controversy) revolves around a memorandum (addressed to Admiral Mike Mullen) ostensibly seeking help of the Obama administration in the wake of the Osama bin Laden raid to avert a military takeover of the civilian government in Pakistan, as well as assisting in a civilian takeover of the government and military apparatus.

The memo was delivered in May 2011; Mansoor Ijaz wrote a Financial Times article in October 2011 bringing initial public attention to the affair. The memo, which at first was questioned to even exist, was published in November, leading to the resignation of Ambassador Haqqani and the continuing Pakistani Supreme Court investigation.

Central actors in the plot include Pakistani-American businessman Mansoor Ijaz, who alleged that long-time friend and former Pakistan Ambassador to the United States Husain Haqqani asked him to deliver a confidential memo asking for US assistance. The memo is alleged to have been drafted by Haqqani at the behest of President of Pakistan Asif Ali Zardari. The memo was delivered to Mike Mullen through then National Security Advisor James L Jones.