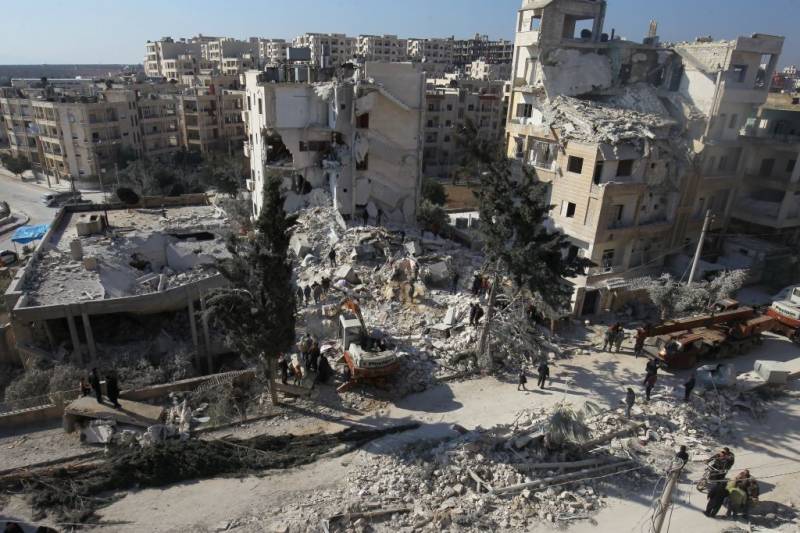 BEIRUT: Airstrikes in the rebel-held province of Idlib in northwestern Syria have killed at least 33 people since Sunday, the Syrian Observatory for Human Rights and rescue workers in Idlib said on Monday.

Most of the dead were in Saraqib, a town on the main highway linking to the government-held city of Aleppo and some 20 km (12 miles) northwest of an air base recently captured from insurgents by government forces and allied militias.