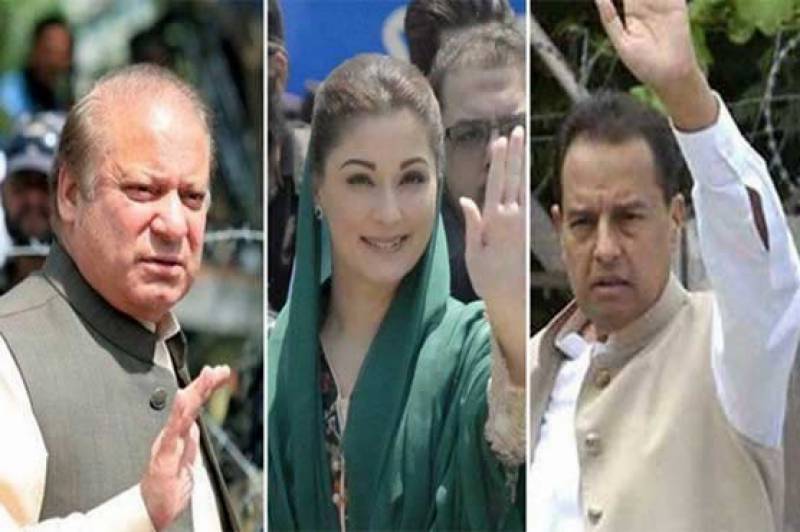 The Accountability court resumed hearing the corruption references against former premier Nawaz Sharif and his family.

NAB had filed three corruption references against the Sharif family in September last year in light of the Supreme Court’s July 28 verdict in the Panama Papers case.

The references against the Sharif family pertain to the Al-Azizia Steel Mills, offshore companies including Flagship Investment Ltd, and Avenfield properties of London.

The court then reserved its verdict on the suspects’ pleas. Announcing its verdict later, the judge rejected the plea and accepted the supplementary reference.

During the hearing of the Al Azizia reference, Foreign Office’s Afaq Ahmad recorded his statement and was also cross-examined by the suspects’ counsels.

Speaking to the media outside the courtroom before the judge had announced his decision on their plea, Nawaz said the reason for so many cases against him is in front of everyone.

“These days cases against me are in the accountability court, high court and Supreme Court,” he added.

Maryam’s counsel Amjad Pervez also addressed the media and said there is no new evidence or witness in the supplementary reference, adding that old documents have been attached in the new sub-reference.

Nawaz is accused in all three cases whereas Maryam and Safdar are accused in the Avenfield reference only.

All three have been indicted in the cases, with Nawaz’s sons Hussain and Hasan declared proclaimed offenders due to their continuous no-show.

The two are accused in all three references.