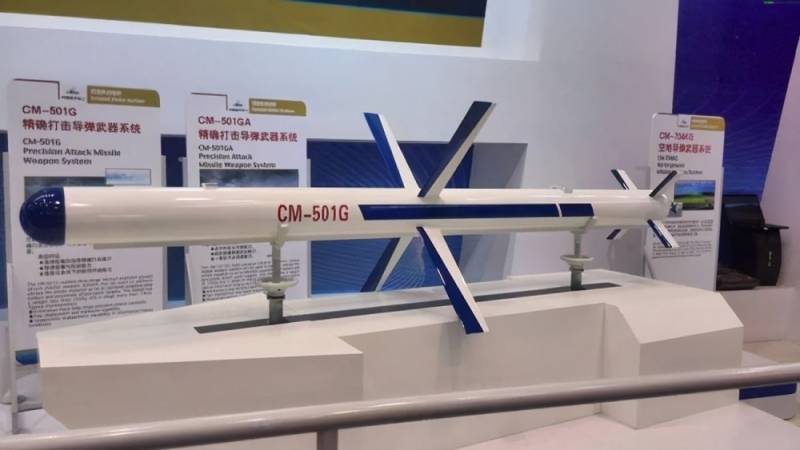 The warship is equipped with the modern surface, subsurface, and anti-air weaponry, making it one of the most advanced surface platforms in the fleet of the Pakistan Navy. One weapon of significant interest in the latest Type-054 A/P frigate is the CM-501G attack missile.

According to details, the CM-501G missile is a Chinese anti-ship, anti-tank, and air-to-surface missile. It is primarily a land attack missile but its air and ship versions are built exclusively upon special requests.

China Aerospace Science & Industry Corporation first unveiled the CM-501G missile at the 9th Zhuhai Airshow in 2012 and the weapon is the Chinese answer to US’ NLOS-LS Netfires missile and Israel’s JUMPER missile.

The Chinese missile weighs 150 kg, which is three times more than the weights of Netfires and JUMPER missiles and can carry warheads up to 40 kg. The effective engaging range of the CM-501G missile is the same as Netfires at 70 km and more than the JUMPER’s 50 km range.

It is also loaded with a wide range of guidance options such as Satellite/INS, imaging infrared (IIR), semi-active laser homing (SAL), and in-flight updates for re-targeting if needed. Acquisition of Type-054 A/P Frigates

Pakistan Navy had inked an agreement with China Shipbuilding Trading Company (CSTC) for the purchase of two Type-054 A/P frigates in 2017 initially. A year later, the agreement was extended as Pakistan Navy ordered two more warships.

China has already delivered three Type-054 A/P frigates to Pakistan Navy. The first frigate was delivered in August 2020, the second in January 2021, and the third in August 2021. All four frigates were launched at the HZS in Shanghai.