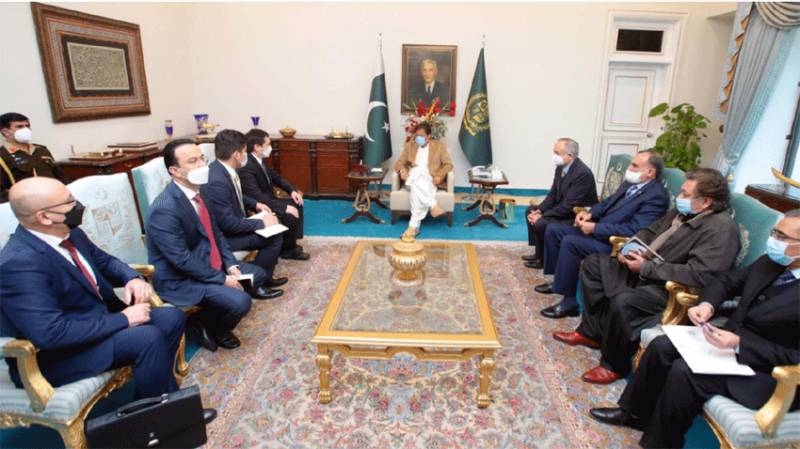 He was talking to Uzbekistan’s Minister for Transport Makhkamov Ilkham, who called on him in Islamabad.

The Prime Minister particularly highlighted the importance of joint efforts to promote regional connectivity for economic growth and development of the region. In this regard, the Prime Minister said that Pakistani seaports provide a great opportunity to Central Asian States for access to the Indian Ocean.

Imran Khan supported Uzbekistan’s efforts to secure financing for the project by signing Joint Appeal Letter addressed to the heads of various International Financial Institutions by Uzbekistan, Afghanistan and Pakistan.

The Prime Minister said highlighted Pakistan’s positive contribution to the Afghan peace process and underscored that an inclusive and broad-based political solution would help establishment of durable peace and stability and contribute to regional connectivity progress and prosperity.

During the meeting, matters relating to bilateral relations, regional connectivity, and peace and security in the region were discussed.

The Prime Minister underscored Pakistan’s fraternal ties with Uzbekistan based on common religious, historic and cultural bonds and reaffirmed the commitment to further deepen bilateral cooperation in all spheres.

He recalled his last meeting with Uzbek President Shavkat Mirziyoyev and stated that Pakistan looks forward to his visit at the earliest convenience.

The Uzbek Minister conveyed the cordial greetings and best wishes of the Uzbek President and noted that President Mirziyoyev is looking forward to visiting Pakistan.

On behalf of President Mirziyoyev, he also reiterated the invitation to the Prime Minister to visit Uzbekistan. He also reaffirmed Uzbekistan’s desire to have deeper bilateral trade and economic ties as well as enhanced connectivity with Pakistan.

The Minister for Railways Mr. Muhammad Azam Khan Swati and Advisor for Commerce Mr. Abdul Razak Dawood were present during the meeting.

The Uzbek Minister for Transport is on a one-day visit to Islamabad to discuss in detail rail and road cooperation from Central Asia to Pakistani seaports.