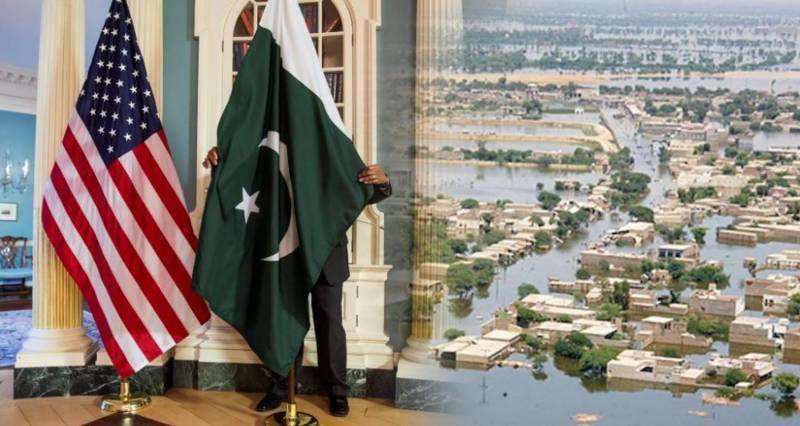 WASHINGTON – The United States has announced that it will provide up to $30 million for relief efforts as floods triggered by record monsoon rains wreak havoc across Pakistan.

US, a known ‘strategic partner’ of Islamabad, pledged humanitarian aid as nearly 70 districts of the South Asian nation are in calamity while all four corners of the country are under water.

In a statement, the embassy in Islamabad said the US, through the Agency for International Development (USAID), will provide an additional $30 million in life-saving humanitarian assistance to support people and communities affected by severe flooding in Pakistan.

It said Washington will prioritize urgently needed food support, safe water, sanitation and hygiene improvements, financial help, and shelter assistance, in response to the Pakistani government’s request for help in one of the toughest moments in the country’s history.

The US embassy also expressed sympathy over the loss of life, livelihoods, and homes throughout Pakistan, and assured that it will monitor the crisis in close coordination with local partners and Pakistani authorities.

Earlier in the day, a USAID disaster management official arrived in the flood-ravaged country to assess the impact of the monstrous deluges and intensify coordination with partners on response efforts.

The recent development comes as the UN issued a flash appeal for $160 million to help Islamabad cope with catastrophic floods that have killed more than 1,100 people.

The fifth most populous country received more flights being sent by the friendly nations with relief goods for flood victims.

The Pakistani government earlier declared an emergency in the country and urged the international community for help as more than 30 million people were affected by recent floods in recent weeks.