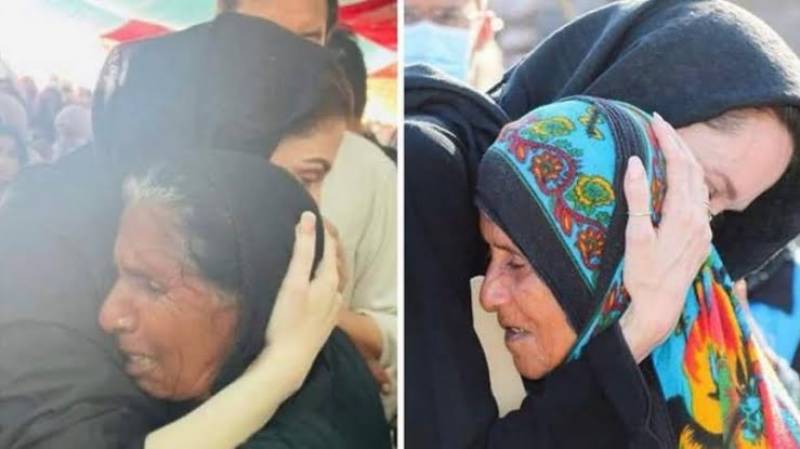 She paid a visit to the flood-hit Taunsa to sympathise with the flood victims. Dressed in an all-black shalwar kameez, she was accompanied by her husband Captain Safdar and a convoy of 60 cars for her security.

Maryam's 'candid' pictures from the visit drew ire from the social media users for their uncanny resemblance to Hollywood leading lady Angelina Jolie’s pictures from her visit to Pakistan after the super floods of 2010.

As the pictures went viral on social media, keyboard warriors started trolling her for “using people’s grief and sorrow as a photo-op for her PR strategy” and called the execution a “rip-off of the 2010 Jolie visit to Pakistan.”

Social media users pointed out how she brought a dozen cars, security personnel and motorcycles to a calamity-stricken area.