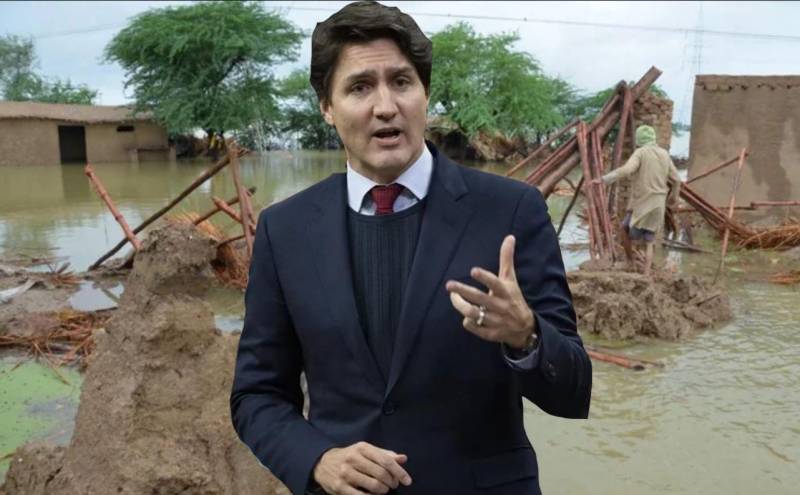 In a recent tweet, Trudeau said his country is providing support to South Asian nation through United Nations Central Emergency Response Fund and Red Cross Canada to provide food, clean water, and other essential services as quickly as possible.

Canadian Foreign Minister Melanie Joly also expressed her deep concerns about the flood situation saying that we will continue to support the people of Pakistan. Joly termed the floods situation absolutely heart-breaking. My heart is with the victims, their families and Pakistanis everywhere, she said.

Several other world leaders sent messages of support for Pakistan as the deadly monsoon continued to devastate, particularly Khyber Pakhtunkhwa, Sindh, and Balochistan.

Pakistan received flights being sent by the friendly states with relief goods for victims of ravaging floods that have claimed over 1,100 live as the South Asian country has been facing abnormal monsoon rains since mid-June.

The federal government has declared an emergency in the country and urged the international community for help as more than 30 million people were affected by recent floods in recent weeks.