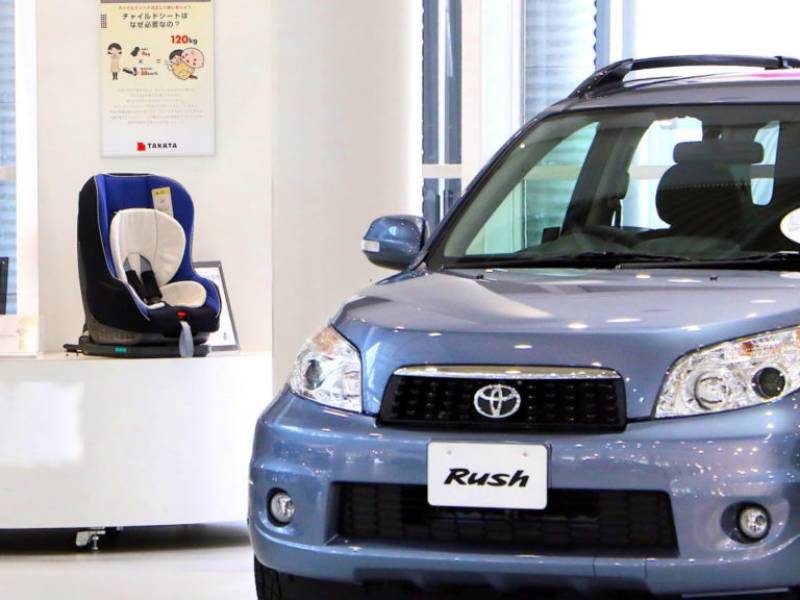 *ISLAMABAD - The Indus Motors Company (IMC) is all set to launch the second generation Toyota Rush in Pakistan, in the early part of September.*

According to local media reports, the all new Rush SUV (sport utility vehicle) is anticipated to be launched on September 10 with an expected price tag in between Rs3.5-Rs4 million.

The 1500CC mini-SUV, was previously released in 1997 by the Japanese car manufacturer Daihatsu. It is known by different names in different countries that is Daihatsu Bego, Grand or the Perodua Nautica.

Here are the set of features available:

The automobile is expected to be available in six different colors.