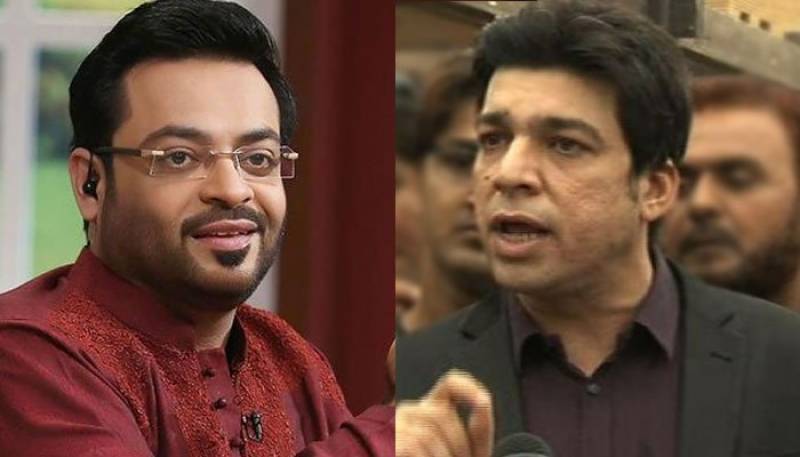 KARACHI - PTI MNA Faisal Vawda has given a blow to PTI MNA Dr Amir Liaqat over his bashing of party leadership and PM Imran Khan.

Vawda thrashed Amir Liaquat for his comments against the PTI and its leader Prime Minister Imran Khan.

Vawda said, "Let me say clearly that if any individual in the world thinks that with his evil mind and filthy heart he would be able to disrespect someone by using religion and people would be scared of him, then I want to categorically state that I'm a person who knows how to make sole of a shoe from such an individual's tongue," the PTI MNA said in response to Liaquat's statement.