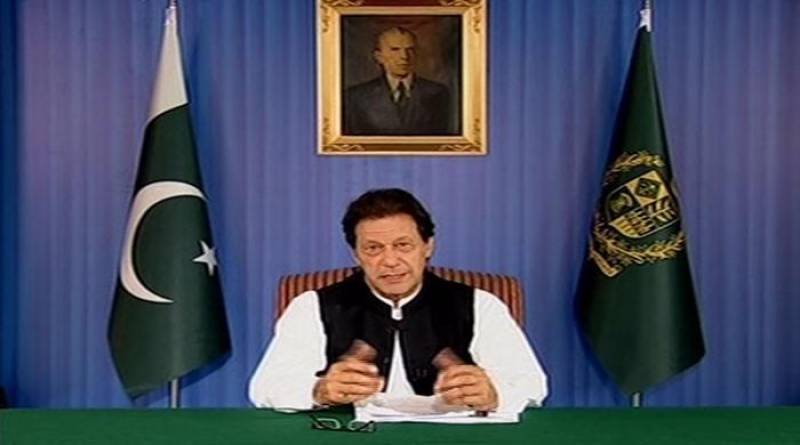 ISLAMABAD: Prime Minister Imran Khan has left a video message for the nation over the issue of the blasphemous caricatures.

He said he would move the Organisation of Islamic Countries (OIC) in an effort to raise the issue of blasphemous caricatures in the United Nations.

The prime minister said that the West doesn’t understand that our perspective towards religion is quite different from theirs.

"The matter of blasphemous caricature is an issue of every Muslim," he said. link link

Prime Minister Imran said that the only way the issue can be addressed is through a joint statement of all the Muslim countries in the United Nations through the OIC.

The premier said that he has directed Foreign Minister Shah Mehmood Qureshi to speak on the matter with other countries and have meetings with the international community in the United Nations.