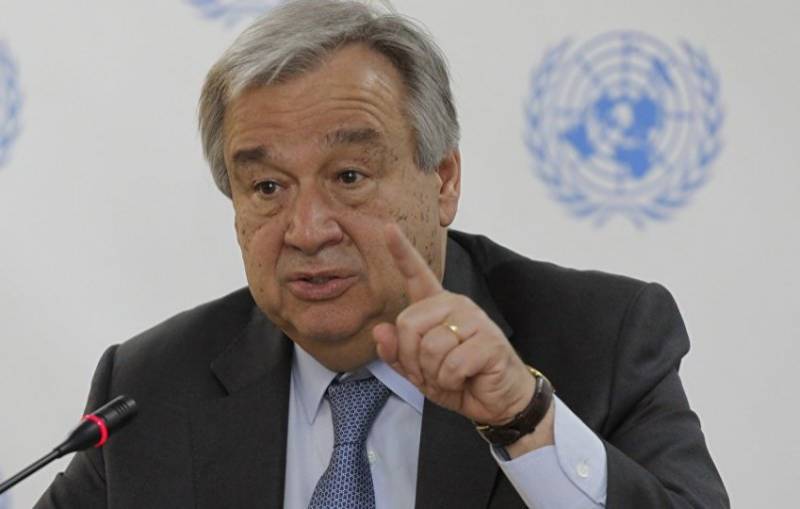 His appeal came in a message for the International Day Against Nuclear Tests, observed annually on Aug. 29.

"The history of nuclear testing is one of suffering, with the victims of more than 2,000 nuclear tests often from the most vulnerable communities around of the world," Guterres said.

"The devastating consequences “ which were not confined by international borders -- encompassed impacts on the environment, health, food security and economic development.

The UN has been pressing for the Comprehensive Nuclear-Test-Ban-Treaty (CTBT) to become law.

The treaty prohibits nuclear explosions anywhere “ whether on the Earth's surface, in the atmosphere, underwater or underground. It also makes it difficult for countries to develop nuclear bombs for the first time, and prevents nations that already possess nuclear technology from developing even more powerful bombs.

More than 180 countries have signed the treaty, most of whom have also ratified it.

However, the treaty will only enter into force after it is signed and ratified by eight countries with nuclear technology capacity: China, Egypt, India, Iran, Israel, North Korea, Pakistan and the United States, according to a UN press release.

"The Comprehensive Nuclear-Test-Ban Treaty has an essential role within the nuclear disarmament and non-proliferation regime," the UN chief said. "It fosters international peace and security by constraining the development of nuclear weapons. Our collective security demands that every effort should be made to bring this essential treaty into force."

Lassina Zerbo, Executive Secretary of the UN commission which promotes the treaty, known as the CTBTO, also called on the international community to "take the final steps" to ensure its entry into force.

"As long as the Treaty is not in force, the established international norm against nuclear testing and the global verification system that has been developed over the past two decades are at risk. I urge the last eight countries to ratify the Treaty and I appeal to others to renew their efforts in supporting it," he said, also in a message to mark the International Day.

Zerbo said his conviction regarding the role the treaty can play on the Korean Peninsula was strengthened following a visit to the region last week.

The CBTO is hosting a meeting in Kazakhstan this week, which brings together international experts and young people to look at key issues surrounding denuclearization.

"The significance of being in Kazakhstan on 29 August where nuclear testing has left a poisonous legacy is immense," Mr. Zerbo added, recalling that the date also commemorates the 1991 shutdown of the Semipalatinsk test site, where the Soviet Union undertook what he called "one of the most extensive nuclear test programmes in history."