England collapses against India in the fourth test match
30 Aug, 2018 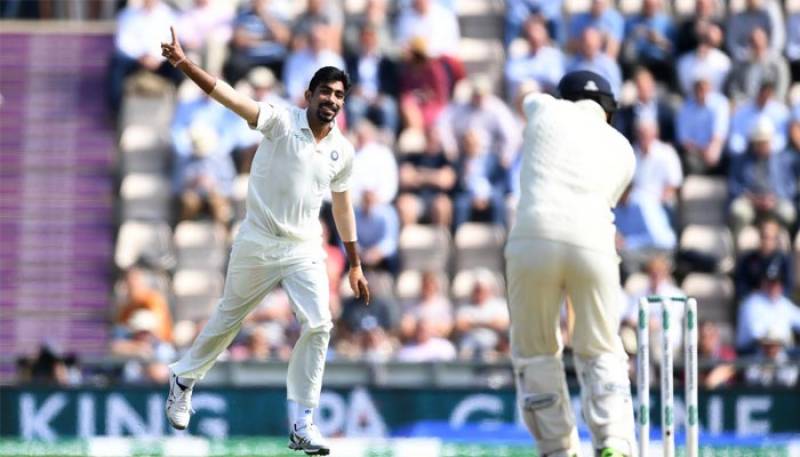 Southampton, United States- Jasprit Bumrah led the way for India as England slumped to 36 for four after winning the toss on the first morning of the fourth Test at Southampton on Thursday.

The 24-year-old Bumrah was a thorn in England´s side with a second-innings haul of five for 85 during India´s 203-run win in the third Test at Nottingham that cut the hosts´ lead in the five-match series to 2-1.

He was quickly into the wickets again on Thursday after India lost the toss on what captain Virat Kohli said was the "best pitch of the series".

Fast bowler Bumrah produced a superb delivery to have struggling Keaton Jennings lbw for a duck, with the struggling left-hander leaving a ball that cut back into him when he thought it was going the other way to leave England one for one in the third over.

Number three batsman Root, reprieved after a Bumrah review for lbw revealed a no-ball, fell for four when leg before, aiming across the line, to Ishant Sharma, with England now 15 for two in the eighth over.

Jonny Bairstow had been promoted to bat at number four despite a broken finger suffered at Trent Bridge that means he is unfit to keep wicket, with Jos Buttler set to deputise again behind the stumps.

Bairstow, however, edged Bumarah on six to give India wicket-keeper Rishabh Pant a simple catch.

All the while, Alastair Cook, England´s all-time leading Test run-scorer, had watched the collapse from the other end.

But the veteran opener, himself looking to end of a run of low scores, fell for 17 when he carelessly played outside off stump to all-rounder Hardik Pandya and saw the ensuing edge well caught low down by Kohli at third slip.

England were now 36 for four in the 18th over -- the 32nd time in their last 63 Test innings they had been four wickets down with 100 or fewer runs on the scoreboard. - APP/AFP