Asif Zardari, Faryal Talpur get yet another blow
30 Aug, 2018 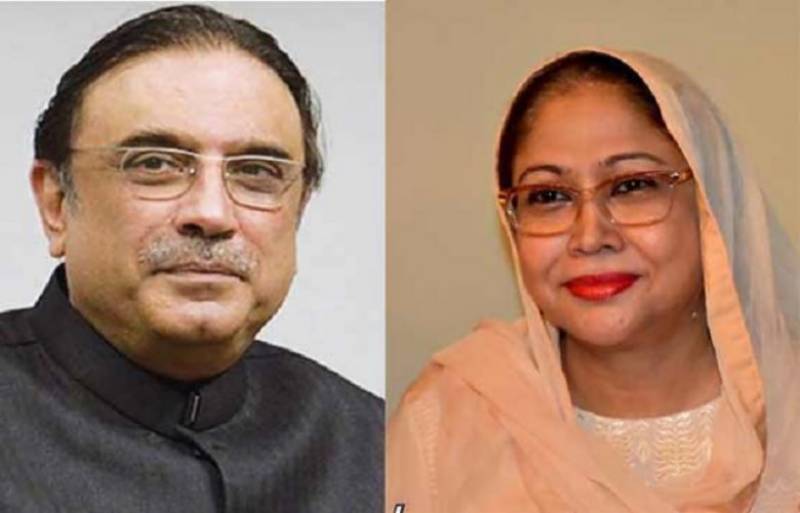 ISLAMABAD - Former president Asif Zardari and his sister Faryal Talpur lands into yet another trouble.

Federal Investigation Agency (FIA) has sent a questionnaire to PPP co-chairman Asif Zardari and his sister Faryal Talpur seeking information about their relationship with Zardari group during fake accounts investigation on Thursday.

According to details, Asif Ali Zardari asked, in questionnaire “When did he leave the Zardari Group slot? Who is the present director of Zardari group and why had the money transferred to Zardari Group account from fake bank account?”

FIA has also asked Asif Ali Zardari details of his assets in the country and abroad.