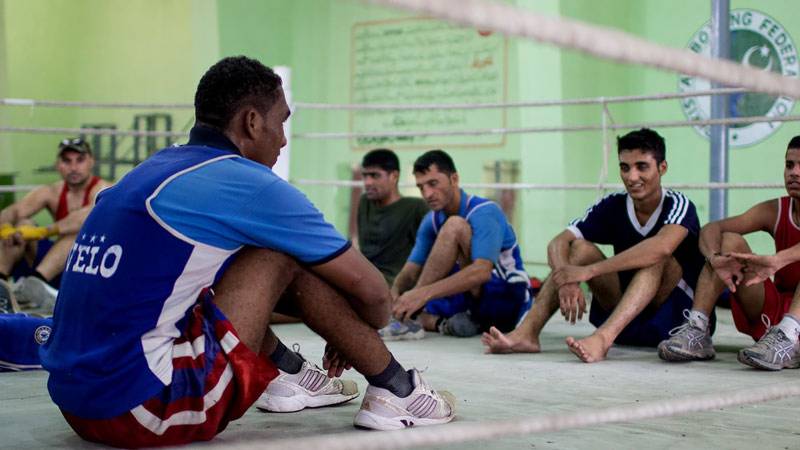 Mohib played brilliantly to keep Ali at bay throughout the six rounds of three minutes each. In the end Mohib was clearly the winner of the title.

PBC President Ifraz Khan along with its secretary Rasheed Baloch and their team are holding the professional boxing on self help basis. During this challenge belt competition two bouts were lined up as in today's fight Mohib was the winner, Muhammad Aslam of Pishin won his light welter weight bout against Asadullah in 64 kgs weight category.

The next round of the PBC bouts would be held most likely at Gujranwala in September and during that event Mohib and Aslam may defend their titles. Bouts in two more weight categories will be held in coming day which will be decided by the PCB committee comprising Iran, Rasheed, Vice president Javed Ashiq Punjab, Hameed Baloch Balochistan, Muhammad Zahoor KPK, executive secretary Shehzad Memon, Medical Chairman Dr Amjad Rahim, Advisors Commander Muhammad Ali, while Usman Ullah and Fahad Khan.