No reports of any expected aid package for Pakistan from KSA
30 Apr, 2022 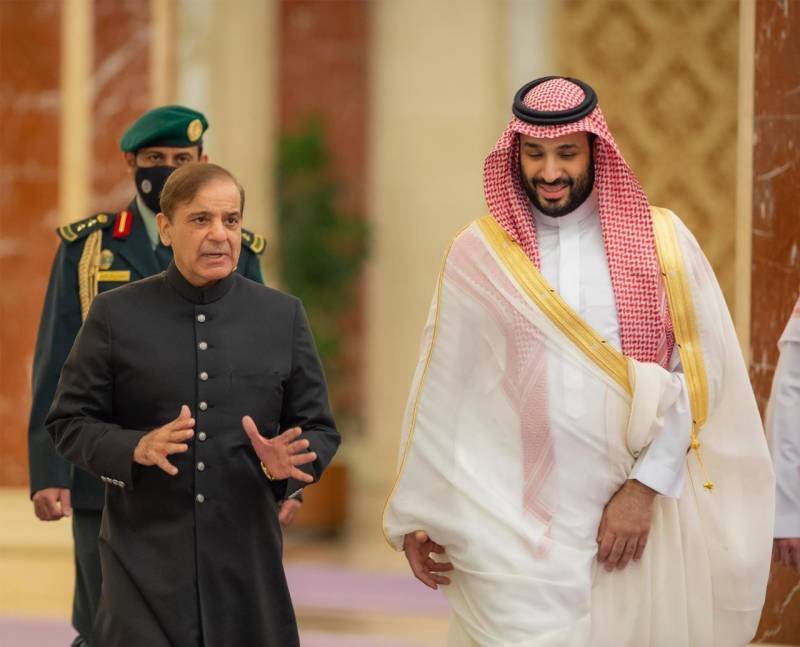 The prime minister reached the kingdom on Thursday on a three-day-visit at the invitation of the crown prince.

On his arrival at the royal palace, Prime Minister Shehbaz Sharif was received by Crown Prince Mohammed bin Salman ahead of their meeting. He was presented guard of honour.

After holding the key meeting, PM Shehbaz headed to Makkah to perform Umrah.

He spent his first day of the tour in Madinah where he and his delegation paid respect at Roza-e-Rasool in Masjid-e-Nabawi (PBUH) twice.