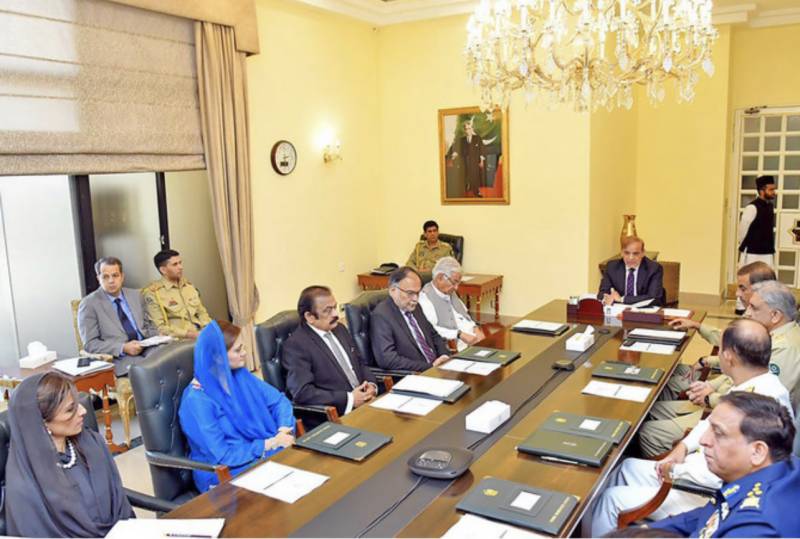 ISLAMABAD: The National Security Committee (NSC) on Wednesday approved the constitution of a committee headed by the interior minister to investigate audio leaks from the Prime Minister’s Office that have engulfed key politicians, including Prime Minister Shehbaz Sharif and ex-premier Imran Khan, in a fresh round of controversy.

The leaks, which were released last weekend, initially involve discussions between PM Sharif and members of his cabinet, including conversations with ruling party leader Maryam Nawaz over the performance of outgoing finance minister Miftah Ismail, and with an official about the possibility of facilitating the import of Indian machinery for a power project for Nawaz’s son-in-law.

But the controversy reached its crescendo on Wednesday with a leak featuring a conversation between Khan when he was PM and his then principal secretary Azam Khan, once again bringing into the spotlight a diplomatic cipher that is at the center of Khan’s allegations that his ouster n April this year was part of a regime change conspiracy hatched abroad.

Wednesday’s meeting of the NSC was chaired by PM Sharif and attended by cabinet members as well as military service chiefs, and other senior civil and military officials.