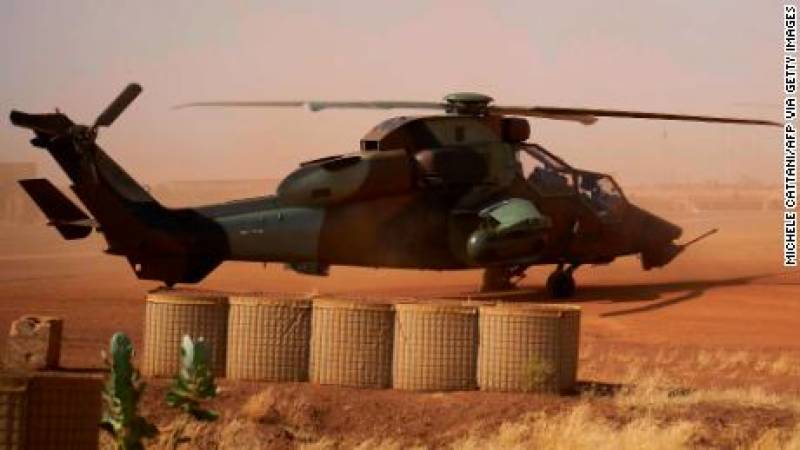 PARIS - Islamic State claimed Thursday that its West African branch was responsible for a helicopter collision in northern Mali this week in which more than a dozen French soldiers were killed, said the U.S.-based SITE Intelligence Group, which monitors extremist content online.

The Islamic State in West Africa Province (ISWAP) said the helicopters collided after one of them retreated under fire from ISWAP fighters, according to SITE.

French President Emmanuel Macron issued a statement, saying he “salutes with the greatest respect the memory of these soldiers -- six officers, six non-commissioned officers and one corporal who died for France in the hard fight against terrorism in the Sahel.”

The soldiers were part of France's anti-terror mission in West Africa.

Since August 2014, France has deployed around 4,500 troops as part of the anti-insurgent Operation Barkhane in five West African countries: Burkina Faso, Mali, Mauritania, Niger and Chad.

It aids in the fight against militant groups in the Sahel region, especially in Mali.

Macron said Thursday he had ordered his military to assess its operations against militants in West Africa and all options are open following the deaths of its 13 soldiers in a combat mission.

“France is acting in the Sahel on everyone’s behalf,” French media quoted him as saying at a news conference with NATO General-Secretary Jens Stoltenberg.

“Our mission there is important. Nevertheless, the situation we face compels me today to examine all our strategic options.”