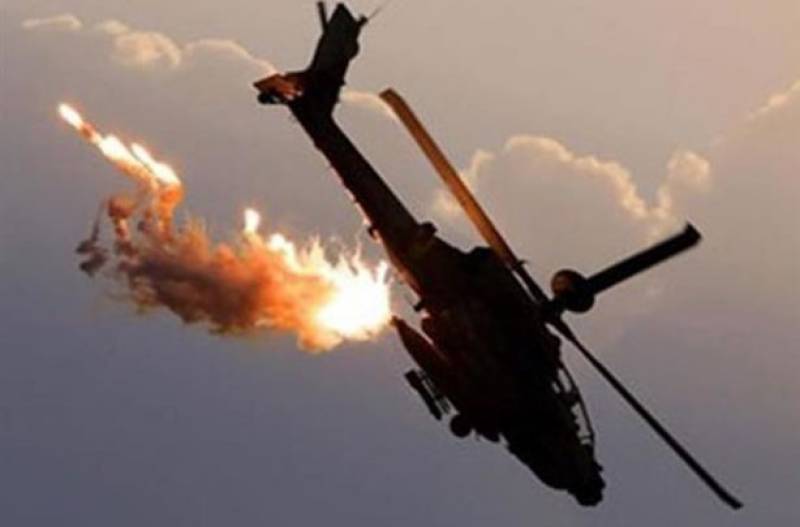 RIYADH - Yemeni Houthi rebels have claimed shooting down a Saudi Apache helicopter near the border with its northern neighbour, killing two pilots a day after more than 100 Houthi prisoners were released by Saudi-led coalition.

Yahya Sarea, a Houthi spokesman, said on Twitter that "a Saudi Apache helicopter was shot down by a surface-to-air missile ... and its two pilots were killed as it was completely burned."

There was no immediate confirmation from the Saudi-led coalition that has been running a brutal military offensive for five years in the Middle East's poorest country aimed at dislodging the Houthis link from power.

On Thursday about 128 Houthi rebels held in Saudi Arabia were released and flown to the Yemeni capital Sanaa. They had been captured in various parts of Yemen between 2015 and earlier this year.

This month a senior official in Riyadh said it had an "open channel" with rebels as efforts to end the five-year conflict gained momentum.

The conflict in Yemen began with the 2014 takeover of Sanaa by the Houthi rebels, who now control much of the impoverished country's north.