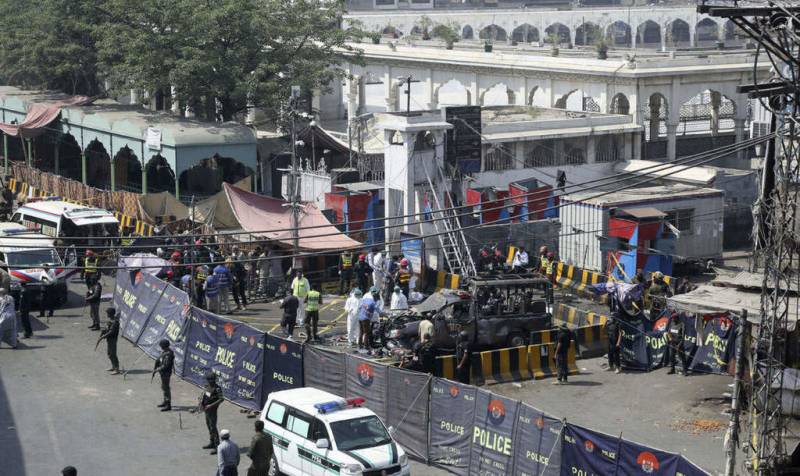 * At least seven people were injured when a rickshaw exploded on Lahore’s Lytton Road on Friday morning. The police say there were explosive materials attached the vehicle’s cylinder. *

The police initially believe the explosion had something to do with the vehicle’s CNG cylinder but they found a timed device a few feet from the wreckage.

The police say the wires of the timed device were attached to the cylinder. They believe the attacker wanted to target a nearby place of worship but it hasn’t been confirmed yet.

The explosives were wrapped in cloth and the Bomb Disposal Squad estimates that they weighed between three and five kilogrammes. The Counter-Terrorism Department has taken over the investigation and taken the device into custody.

The police say the bomb went off before it was scheduled to.

The investigations DIG confirmed that seven people had been injured in the blast and that all of them are out of danger.