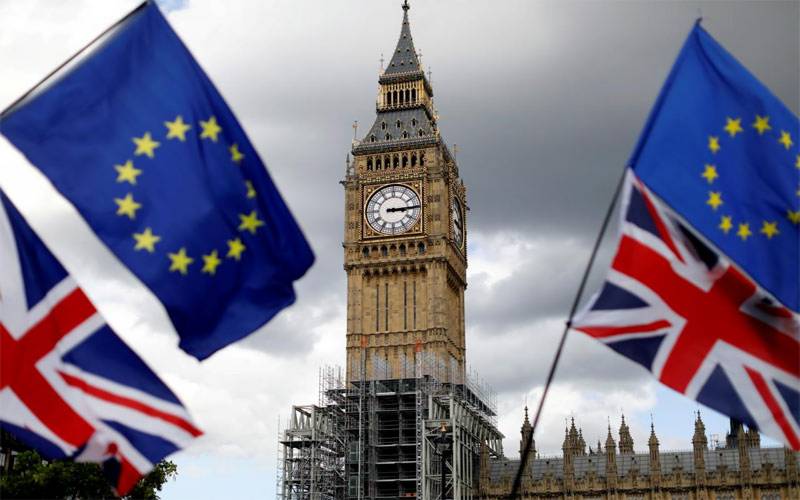 LONDON: Britain and the EU have reached agreement on a Brexit divorce bill which is likely to finally total around 50 billion euros, British newspapers reported, potentially heralding a breakthrough in the negotiations.

A deal on the bill would signal that London and Brussels are moving much closer to an agreement at a Dec. 14-15 summit to advance to a new phase in their negotiations and discuss their post-Brexit trade relationship.

The Daily Telegraph newspaper said an agreement in principle had been reached over the EU’s demand for a 60 billion euro ($71 billion) financial settlement. It said the final Brexit bill, which was deliberately being left open to interpretation, would be between 45 and 55 billion euros.

A government official cast doubt on the reported numbers, saying: “I do not recognise this account of the negotiations”.

The Financial Times said Britain had agreed to assume EU liabilities worth up to 100 billion euros, but said net payments over many decades could fall to less than half that amount.

The European Commission declined to comment on the reports.

Britain’s Brexit ministry said “intensive talks” were continuing to take place in Brussels and the two sides were trying to find a way to “build on recent momentum in the talks” to take them to the next stage.

Sterling GBP= rallied around 1 percent against the U.S. dollar as investors took the reports as a sign that the risk of Britain leaving the EU without a deal, which is widely seen as damaging to the economy, had diminished.

The two sides already believe they are quite close on agreeing the scope of rights for expatriate citizens in Britain and on the continent.

The third key issue for moving to Phase Two, an outline agreement on how to avoid the new EU-UK land border disrupting trade and peace in Northern Ireland, remains a potential stumbling block.

British Prime Minister Theresa May is due to meet President of the European Commission Jean-Claude Juncker and the EU’s chief Brexit negotiator Michel Barnier on Monday.

The EU says any British move needs to come by around that date if leaders at the Dec. 14-15 summit are to be able to endorse a move to discussions on future trade relations.