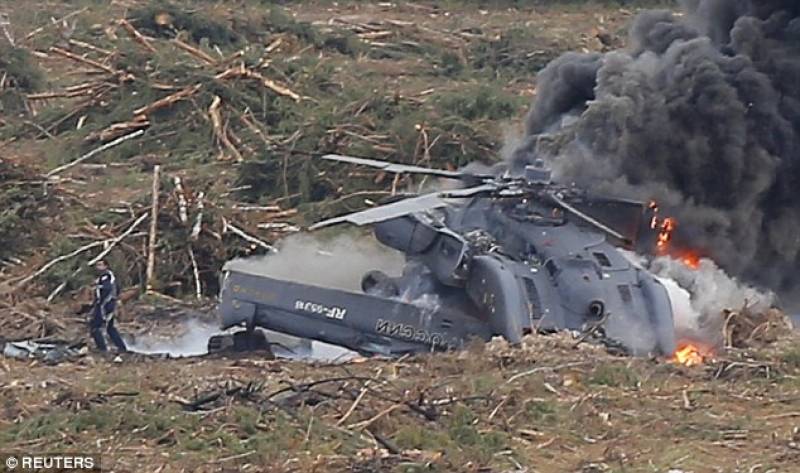 The Eurocopter-EC120 chopper crashed on Monday evening near the village of Shinovka some 90 km east of the region's capital of Tambov, killing its 51-year-old pilot and 57-year-old passenger.