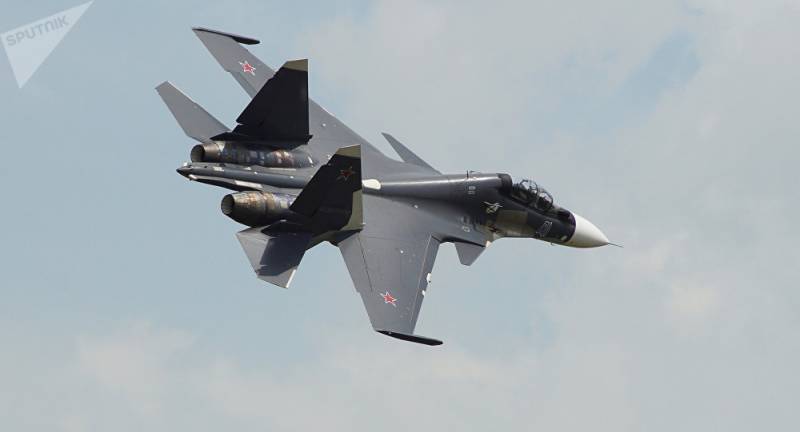 "In order to intercept the target, a Su-30 fighter was scrambled from… the Southern Military District. The Russian fighter flew over the aerial object and visually identified it as American reconnaissance aircraft P-8A Poseidon," the Russian statement read.

In the wake of the incident, CNN reported, citing Pentagon spokeswoman Lt. Col. Michelle Baldanza, that Russia's Su-30 had made an "unsafe" intercept of a US P-8A Poseidon maritime, patrol and reconnaissance aircraft.

US European Command Spokesman Juan Martinez explained that the maneuver was dubbed "unsafe" since the Russian jet made a close approach with full afterburners on, while the P-8A was "conducting a routine operation in international airspace."