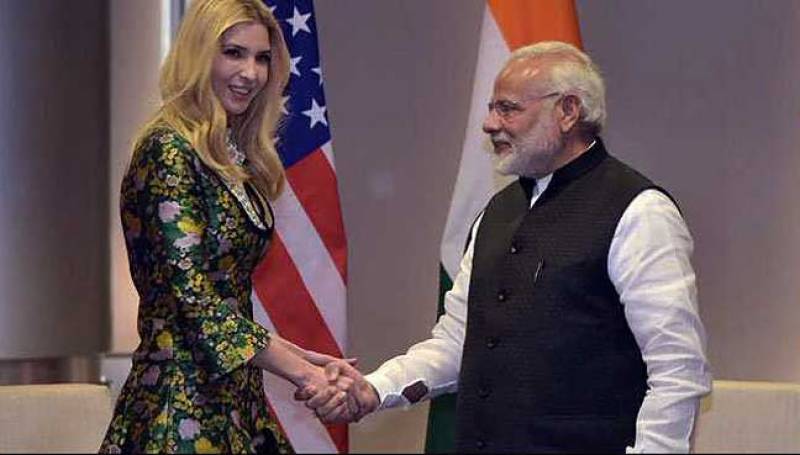 India: Ivanka Trump urged India on Tuesday to close its yawning gender gap in the job market, telling a business summit in her biggest foreign mission yet that this would bring huge economic benefits.

India is one of the world's fastest growing major economies but also has one of the lowest rates of female employment, a trend that has worsened over the last decade.

The World Bank has warned that the country must reverse a trend of falling women's participation in jobs if it is to achieve its ambition of double-digit growth.

"Just consider, if India closes the labour force gender gap by half, your economy could grow by over $150 billion dollars in the next three years," Trump told the Global Entrepreneurship Summit.

"I encourage everyone here today to come together, to learn from each other, and to find new ways to lift the barriers in our societies so that women are free to innovate."

Female participation in India's workforce has declined since 2007, particularly in rural areas.

Women remain in education for longer, but even college-educated women are staying out of the workplace -- just 34 percent of those with a degree are working, the World Bank reported in May.

It said India's female labour force participation rate was "uniquely low" for all levels of education.

Trump, without directly referring to India, lamented inequitable laws and cultural pressures that in some countries prevent women from working or travelling freely.