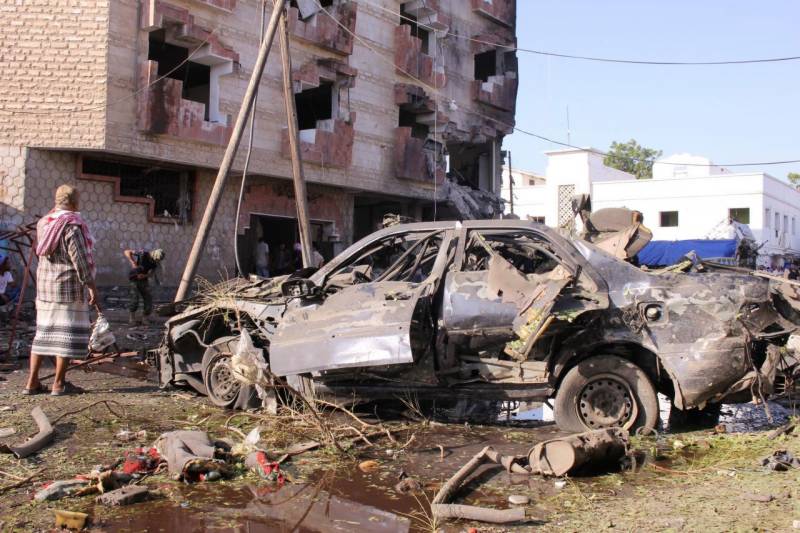 In Yemen, two people were killed and three others injured in a car bomb blast outside Finance Ministry offices in Aden on Wednesday.

They said the force of the blast shook the Khor Maksar area of Aden, the temporary capital of the internationally recognized government of President Abd-Rabbu Mansour Hadi, and causing severe damage to the six-storey building. The force of the blast also shattered windows of adjacent houses, they said.

Ambulances were seen racing to the scene, as sounds of gunfire were heard in the area, they said.

No one has claimed responsibility for the explosion.

An official at the city’s main government-run Jumhouriya hospital said that two people have arrived dead to the hospital, while three others were in critical condition.

He said that medics have said they believe that more casualties were at the scene of the blast, but no one could reach them due to an exchange of gunfire that was taking place in the area.