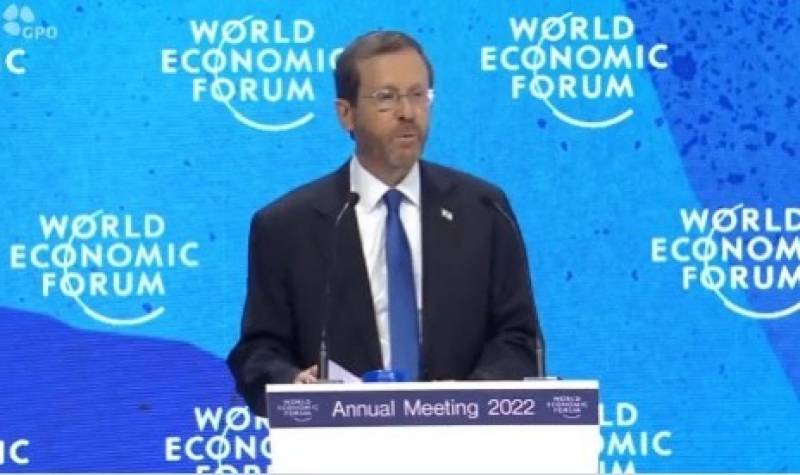 DAVOS – Israeli President Isaac Herzog has confirmed that he had held a meeting with a delegation comprising Pakistani expatriates but he did not reveal the identity of the members.

Speaking at World Economic Forum in Davos, the president of Israel said that he received a delegation of Pakistani expats, who live in the United States, a couple of weeks ago.

“…they are proud Pakistanis, together of other countries in the region, And , I must say it was an amazing experience because we haven’t had a group of Pakistani leaders in Israel ever in such scope. And all that stemmed from Abraham Accord, meaning Jews and Muslims can dwell together in the region….,” he said.

Herzog did not share the names of the members of the delegation. However, Anila Ali, a Pakistani-American politician and author, could be one of them as she shared a picture with Israeli president earlier this month.

“I’m honored to be the first Pakistani & American to present a book, an eyewitness account of the #Pakistan movement written by my father, Qutubuddin Aziz, to the President of Israel, @Isaac_Herzog. The president’s warmth & grace humbled me,” she captioned the photo on Twitter.

Earlier, reports have been emerged about secret visits of Pakistani officials to Israel, which is not recognized by Pakistan as a country due to its occupation on Palestinian territory.

Pakistan officially endorses the two-state solution to the Israeli–Palestinian conflict and has maintained its longstanding position of non-recognition of Israel until an independent Palestinian state is established within the pre-1967 borders and with East Jerusalem as its capital city.