Conspiracy against Imran Khan behind the alleged telephone call between Malik Riaz and Asif Zardari
29 May, 2022 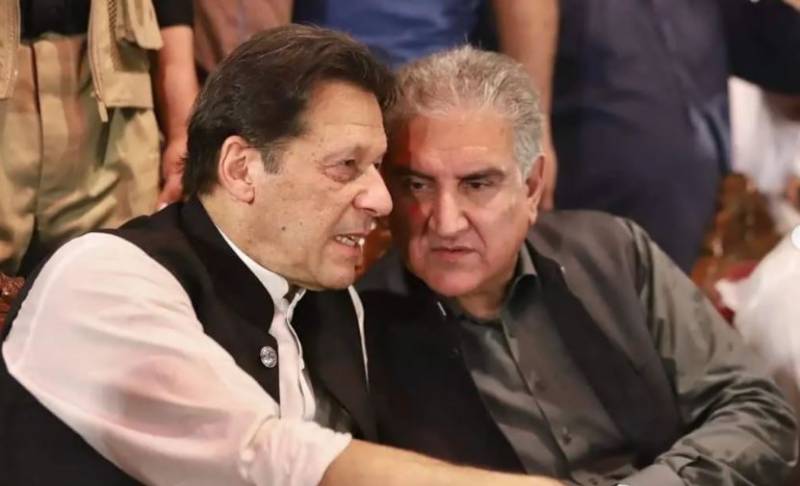 Qureshi called it concocted audio after he was questioned by a correspondent of the local news outlet during today's news conference.

Revealing his party's stance on the matter, Qureshi termed the viral audio clip ‘baseless’, saying it is out of the question that Imran Khan would ask someone to mediate.

Taking a hit at coalition government members, Qureshi said these people get ‘united’ just to degrade PTI Chairman. He also hinted at the local news channel which breaks the news.

Senior PTI leader called on news channels to come forward with evidence regarding the alleged audio.

Qureshi further hinted at the owner of the news outlet that breaks the news. He added that everyone is aware of *Samaa News* policies as it was owned by a dissent PTI leader who now joined Pakistan Muslim League Nawaz.

In the so-called leaked call, the authenticity of which has yet to be verified, the noted business magnate tells the PPP leader that Khan, an apparent reference to ousted prime minister Imran Khan, is requesting him to mediate between him and the PPP co-chairman.

In response, the man on the other side of the phone, who is said to be Zardari, said: It's impossible now.

On this, Riaz said: "Yes, that's fine, I just wanted to bring this matter into your notice."

The date and time of the leaked audio too remain unconfirmed as of Saturday night.