No point in investigating just one person, Nawaz on Durrani controversy
29 May, 2018 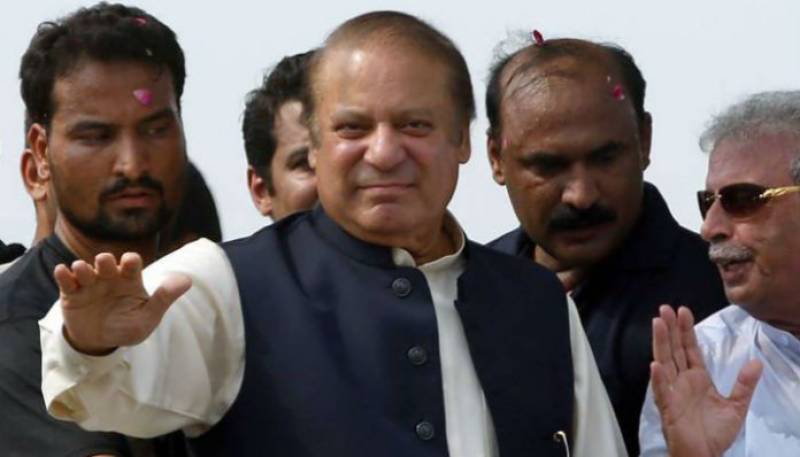 ISLAMABAD: Former prime minister Nawaz Sharif, weighing on the controversy surrounding a book penned down by former chief of Inter-Services Intelligence (ISI) Lt Gen (retd) Asad Durrani, said that there is no point in investigating just one person.

Durrani, who served as the chief of Pakistan's premier intelligence agency from August 1990 to March 1992, landed in hot waters over remarks made in a book, titled The Spy Chronicles: RAW, ISI and the Illusion of Peace, which he co-authored with former chief of Indian intelligence agency Research and Analysis Wing (RAW) AS Dulat.

A national inquiry commission should be formed after an advisory meeting to go into the depths of the issue, said the deposed premier.

“Asad Durrani has made important statements in the book,” he noted.

On Monday, Durrani appeared before Pakistan Army's General Headquarters (GHQ) to explain his position on the book.

Major General Asif Ghafoor, director-general of the Inter-Services Public Relations, wrote on Twitter that a formal Court of Inquiry headed by a serving lieutenant general had been ordered to probe the matter in detail.

'Nasirul Mulk is an exemplary person'

Nawaz hailed the appointment of Justice (retd) Nasirul Mulk as the country’s caretaker prime minister. "He has an exemplary personality. Everyone should laud the decision of appointing him as caretaker PM,” he said.

Nawaz further shared that lives of politicians have been put in danger after taking security away from them. “If an accident occurs then who will be responsible for it,” he questioned.