Connectivity projects to usher new era of development: PM
29 May, 2018 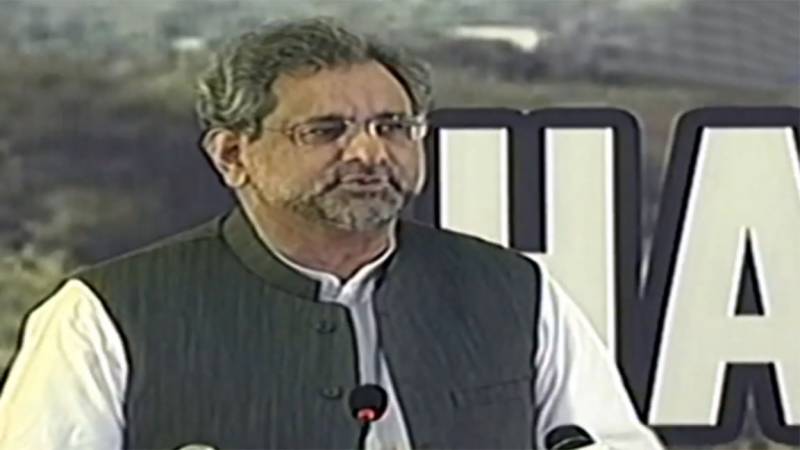 ISLAMABAD:Prime Minister Shahid Khaqan Abbasi has said that connectivity projects given by the PML-N government will usher a new era of development in the country.

He was addressing a ceremony after visiting Havelian-Thakot motorway project in Havelian on Tuesday.

The Prime Minister said that the day is not far when all the motorway projects from Gwadar and Khunjerab will come to completion which will significantly reduce the travel time.

He said this is the revolution that the PML (N) government brought in the country.

Shahid Khaqan Abbasi said it is the first government which not only initiated projects but also completed them in its tenure.

The Prime Minister was confident that the people will vote in the general elections to be held on 25th July keeping in view the performance of parties.

He said the people will give vote to the politics of service, development and decency which are the hallmark of the PML (N) and not those who mere resort to rhetoric.

Shahid Khaqan Abbasi said that besides road infrastructure projects, we also brought improvements in all the other sectors including education and health.

On the Havelian-Thakot motorway project, he said it will be completed at a cost of 142 billion rupees.

Criticizing policies of Pakistan Tehreek-e-Insaf, Prime Minister said 100-day plan of Imran Khan is nothing more than a dream.

He also announced the establishment of Hazara Electric Supply Company on the occasion.