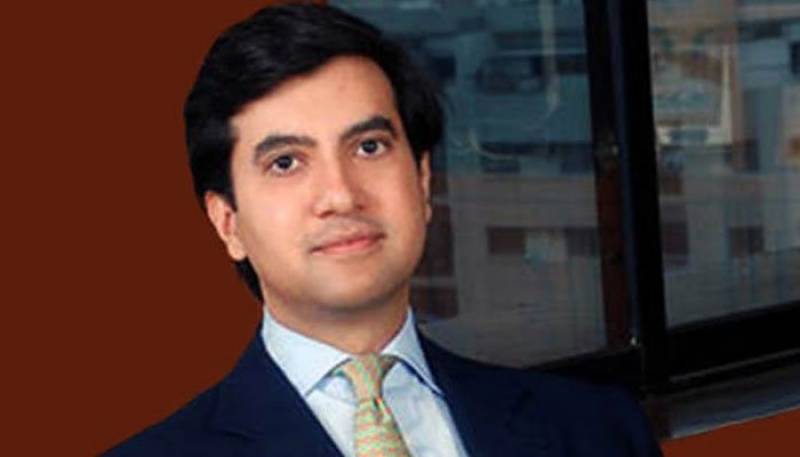 ISLAMABAD - Ali Jahangir Siddiqui, an aide to Prime Minister Shahid Khaqan Abbasi and Ambassador to the United States lands into more troubles because of money laundering scandal worth Rs3.3 billion for the acquisition of an Italian brand.

Allegedly all the transactions were made through Swiss Bank Julius Baer and coupled with SECP’s efforts to hide and regularise illegal remittances of €23.75 million for the acquisition of foreign brands.

Available copies of NAB, State Bank of Pakistan’s (SBP) documents and a letter of Transparency International Pakistan (TIP) transpire that ANL obtained permission from SBP to remit €23.75 million to Sweden through HSBC Bank for the acquisition of Italian brand. SBP granted permission and also imposed seven conditions including bringing back the profit to Pakistan.

On the contrary, ANL allegedly did not acquire committed brand/s as stated by them in their request to SBP. Moreover, in gross violation to the terms of SBP permission, ANL did not send the remittance in five equal instalments and remitted €23.75 million in one installment after 8 months and 13 days.

Moreover, according to the documents a receipt dated December 29, 2018, confirmed a transaction worth €23.75 million with bank code DNBIDN 269ZA, which does not belong to HSBC Pakistan.

It is also learnt that ANL was to acquire foreign brands; however, ANL allegedly committed illegality of syphoning of funds on the pretext of purchase of Italian brand/s but purchased Montebello SRL for marketing of ANL products. ANL did not acquire committed brand/s as stated by them in their request to SBP. The permission granted by the SBP was for the acquisition of foreign brand/s only.

This anomaly was detected by NAB while conducting a corruption inquiry in 2016 from the audited accounts of ANL, for the year ended 2008, that reflected a remittance worth €23.75 million for the purchase of an Italian company.

SECP also initiated an inquiry into the said matter; however, ANL did not provide record and satisfactory response to SECP. ANL said that records pertaining to SBP and SECP were misplaced and went missing during the course of the inquiry. Moreover, ANL in an alleged attempt to hide the matter, filed consolidation with SECP in 2015, which was followed by a Rs13 million penalty on ANL.