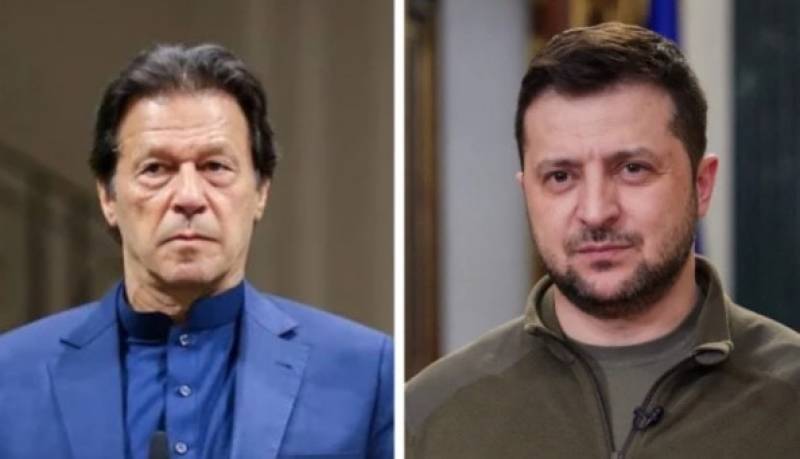 A statement, released by the PM Office, said that both leaders discussed the latest situation in Ukraine during the telephonic conversation. The PM, while expressing regret, reiterated Islamabad’s “principled position in support of immediate cessation of hostilities and resolution of the conflict through dialogue and diplomacy”.

“The Prime Minister added that he had been persistently highlighting the adverse economic impact of the conflict on the developing countries, manifest in rising prices of oil and commodities,” said the statement.

"Had a phone conversation with Pakistan Prime Minister. Spoke about our struggle against Russian aggression. The people of Ukraine seek peace. This is our unconditional priority," he wrote.

“Recalling the recent OIC-CFM session in Islamabad, the Prime Minister informed that the foreign ministers of the Islamic countries expressed deep concern at the deteriorating security and humanitarian situation arising from the conflict in Ukraine.

The foreign ministers called for an immediate cessation of hostilities and expressed willingness of OIC member states to support and facilitate the dialogue process,” said the statement.

PM Imran highlighted that “non-partisan countries like Pakistan were in a position to play a helpful role in reinforcing efforts for cessation of hostilities and a diplomatic solution”.

During the call, PM Imran also thanked President Zelensky for the support Ukrainian authorities extended in the evacuation of Pakistani students and nationals as well as the Embassy staff.