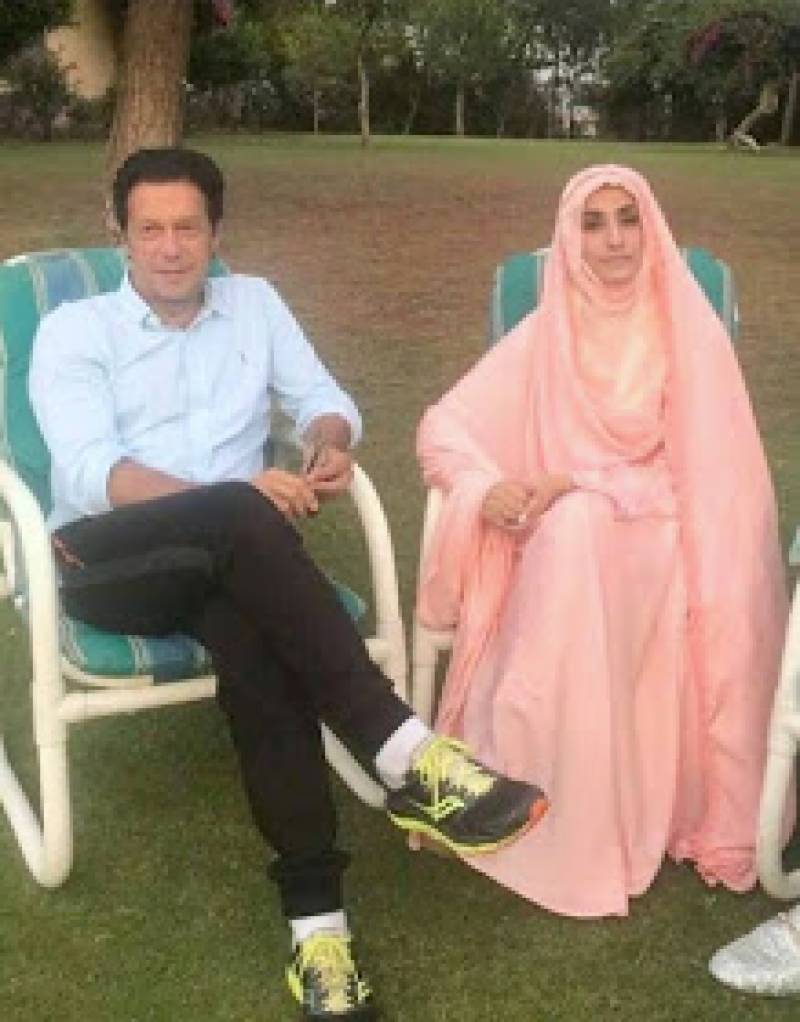 ISLAMABAD – Media reports of rift in marital life of PM Imran Khan yet again has been reported by top journalist.

In his new talk show on 24 News, the Editor of Friday Times said that his source – which he refers to as *Chirria*(sparrow) – went on to claim that the prime minister and his third wife Bushra Maneka were close to part ways; however, the mediation by family friends saved their marriage.

But even after the tempers cooled at Bani Gala, Sethi continued, the First Couple engaged in a verbal spat.

Imran and Bushra tied the knot last year in a private ceremony in Lahore. The cricketer-turned-politician earlier married Reham Khan and Jemima Goldsmith, but both the marriages ended in a split.

Though Imran Khan saw lady luck smiling on his face throughout his life, be it in realms of education or cricket, his marital life continues to witness a juxtaposition.

Khan first tied the knot with a Britisher Jemima Khan on May 16, 1995 that ended in divorce after nine years in 2004.

Afterwards, his second marriage was with TV anchor Reham Khan, which lasted for 10 months. Although the marriage was publicly announced on January 8, 2015, reports swirled that a nikah had taken place in early November 2015.

Bushra Maneka is in her 40s, and belongs to the Wattoo clan, of which the Manekas are a sub-clan. Earlier, she was married to Khawar Farid Maneka, a senior customs official in Islamabad but parted ways in recent times.