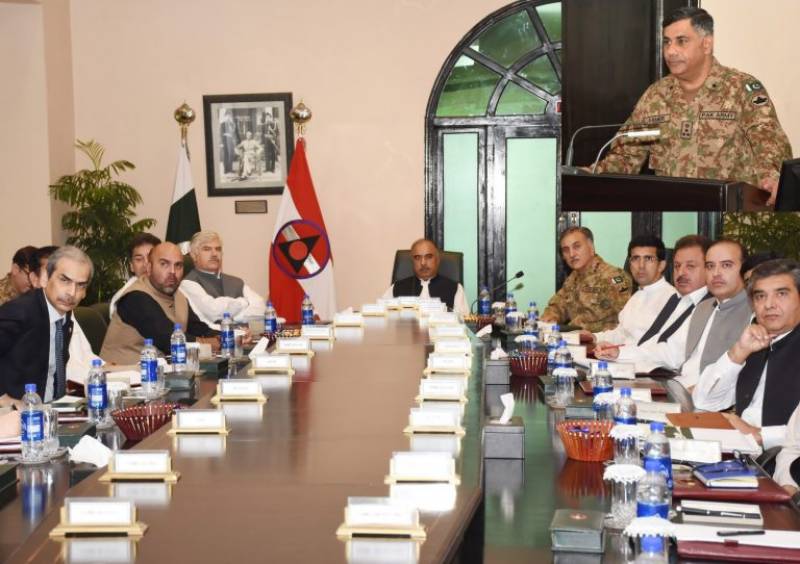 PESHAWAR - A meeting of Khyber Pakhtunkhwa Apex committee chaired by Governor Shah Farman here Friday discussed issue of police induction in merged areas and decided that local system and traditions would be duly considered while taking a decision.

KP CM Mahmood Khan was also present in the meeting that among others was attended by Special Assistant to Prime Minister Iftikhar Durrani, Minister Health Hasham Inam-u-Ullah, Advisor to CM, Zia Bangash, Corps Commander Peshawar, Lieutenant General Shaheen Mazhar Mehmod, Chief Secretary, Saleem Khan, Inspector General Police, Muhammad Naeem and heads of other law enforcing agencies and administrative secretaries. The committee discussed the issue of induction of police in merged areas and decided that local systems and traditions shall be a deciding a factor as levies and khasadars have rendered huge sacrifices for the area.

A committee was also formed under Advisor to CM, Ajmal Khan Wazir to engage the representatives of levies and khasadars aiming identifying their demands.

Participants also discussed to provide a forum for alternate dispute resolution mechanism. A committee was also formed to look into matters relating to setting up small industrial estate for hunting and sporting arms industries of Dara Adam Khel.

The forum also decided that presence of teachers and doctors in government schools and hospitals would be ensured in best public interest and action would be initiated against those who are unwilling to perform their duties.

The committee also reviewed overall security situation in the province especially of tribal districts and progress in affairs of these areas after merger.