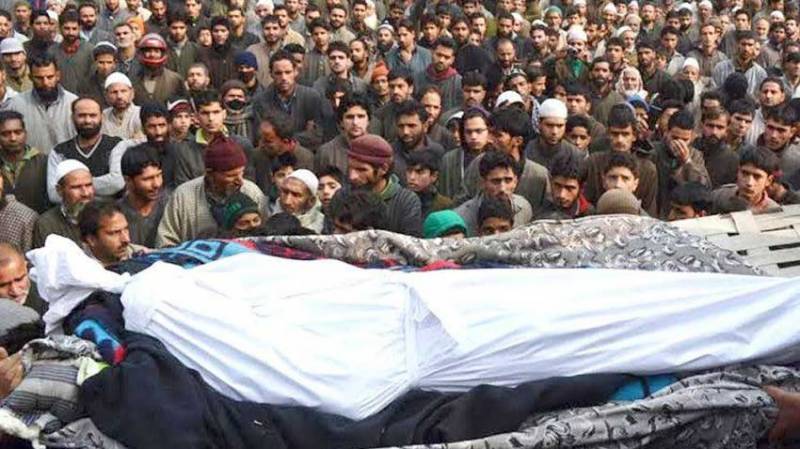 The troops martyred the youth during a cordon and search operation in Sutsoo Kalan Nowgam area of the district.

Earlier, five Indian troops were injured in an attack in the same area. The operation continued till last reports came in.

Meanwhile, a 24-year-old youth Muzaffar Ahmed Hajam was injured after he was fired upon by unknown gunmen in Tral area of Pulwama district.