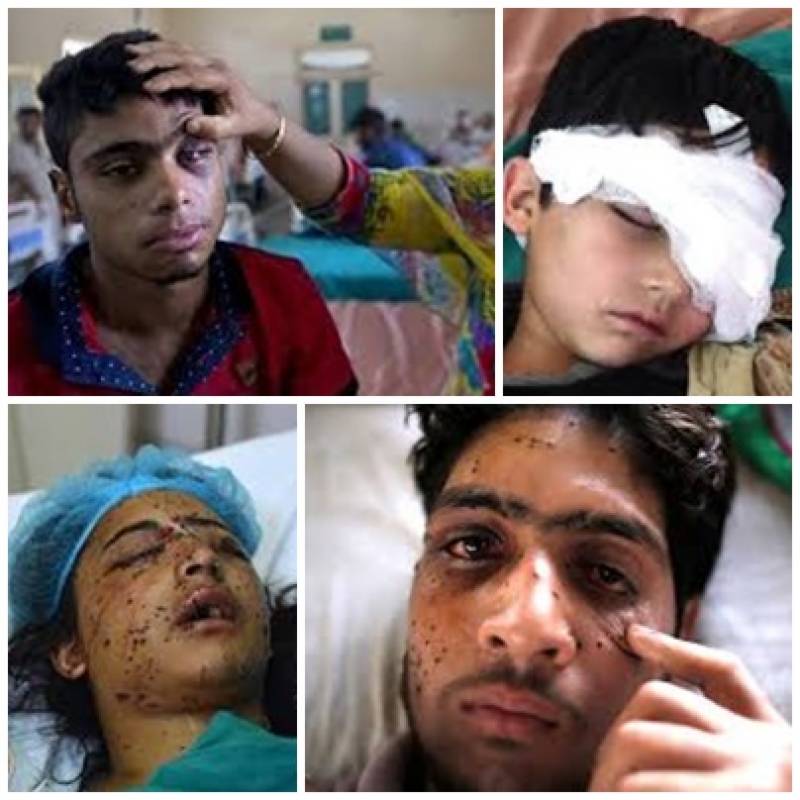 ISLAMABAD - Members of the European Parliament have written an open letter to Indian Prime Minister Narendra Modi expressing their grave concern on the continued human rights violations in Occupied Kashmir.

According to the Foreign Office, European Parliamentarians have conveyed particular concern for the blatant use of pellet shotguns which continue to mass blind innocent civilians, women and children, including 19-months old Hiba Nisar.

They have also communicated concerns over the use of draconian laws like Armed Forces Special Powers Act and Public Safety Act which accord virtual impunity to the Indian occupation forces in Indian Occupied Kashmir.

In their letter, the European Parliamentarians have called upon the Indian government to immediately end the use of pellet-firing shotguns in Occupied Kashmir and bring all relevant Indian laws into compliance with international human rights standards

The European leaders demanded establishment of independent and impartial investigations into all accidents where the use of pellet-firing led to deaths or serious injuries.

The Foreign Office, in its statement, lauded European Committee on Human Rights for discussing and taking up concerns of Pakistan and the people of Kashmir regarding India's human rights abuses in the occupied Kashmir.

Earlier, the Reports on Jammu and Kashmir by the Office of the High Commissioner for Human Rights and the UK Parliament's All Parties Parliamentary Kashmir Group had publically called out India over its gross human rights violations in Occupied Kashmir and called upon the Indian government to carry out a comprehensive investigation into its abuses in the held valley.

The foreign office said that Pakistan expresses its gratitude to all European Parliamentarians who undertook this critical initiative.

It said Pakistan will continue to extend moral, political and diplomatic support to its Kashmiri brothers and sisters in Indian Occupied Kashmir until realization of their legitimate right to self-determination.