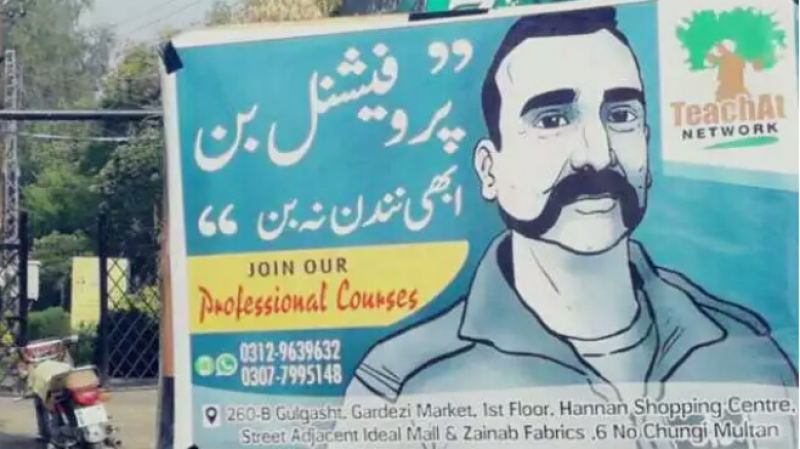 MULTAN – A professional training course ad pasted behind an auto rickshaw got the attention of a rider and he immediately took the picture of the ad and posted it on the social media. The ad featured a portrait of IAF pilot Abhinandan. The picture was being taken in Multan.

The ad featuring Indian Air Force pilot Abhinandan is circulating on the internet with the following tagline:

“Professional bann, Abhinandan na bann” which translates to “Be a professional, not like Abhinandan”.