US state department responds over media reports of Imran Khan’s associate meeting with US officials
29 Jul, 2022 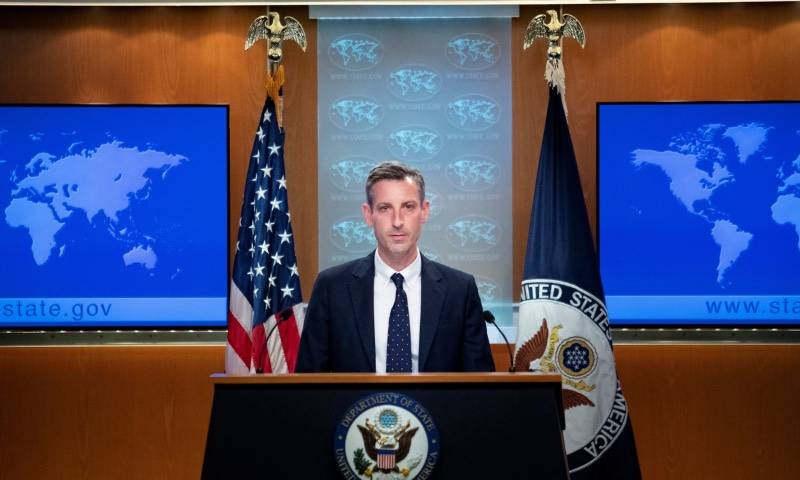 WASHINGTON - The United States supports peaceful upholding of constitutional and democratic principles in Pakistan, including respect for human rights, the State Department has said.

“We don’t support one political party over another,” the Department’s Spokesperson, Ned Price, told reporters at his daily briefing on Thursday.

He was responding to a question from a Pakistani tv channel correspondent about a “few” Pakistani media reports that a close associate of former Prime Minister Imran Khan met with Assistant Secretary of State Donald Lu and conveyed a message to forget the past and move forward.

“Again, if there was any such meeting, I just am not in a position to speak to it,” Price said, adding, “We have – we remain engaged with a range of stakeholders in Pakistan, with those currently in government, and a broad array of others.

“But I’m just not in a position to speak to any such meeting”.

Further asked whether the U.S. was opening a window to talk to Imran Khan’s, the spokesperson added, “We support those broader principles of the rule of law and equal justice under the law.”