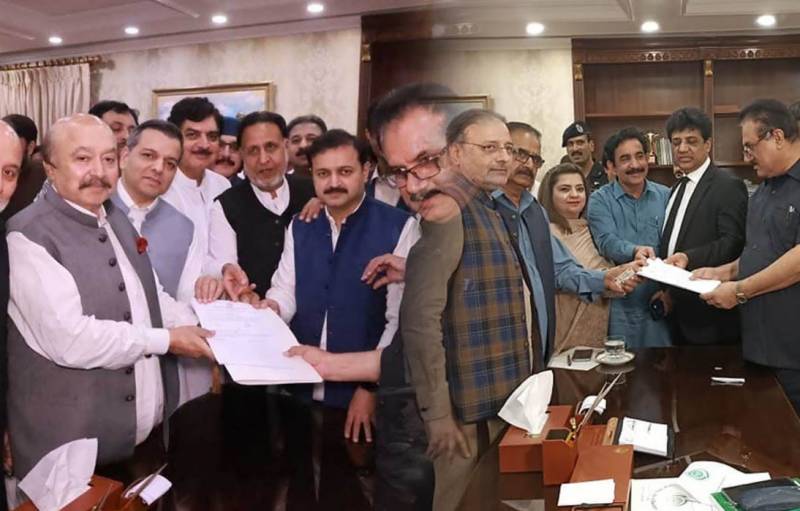 LAHORE – The candidate of Pakistan Tehreek-e-Insaf (PTI) and Pakistan Muslim League-Quaid (PML-Q) Sibtain Khan was elected as the Speaker of Punjab Assembly, as he defeated opposition candidate Malik Saif-ul-Malook Khokhar.

The much-sought election for Punjab Assembly speaker is underway through a secret ballot as Imran Khan-led PTI and coalition-backed PML-N have pitched their candidates for the coveted post.

For the post of speaker, Pakistan Tehreek-e-Insaf and Pakistan Muslim League PML-Q have jointly named Sibtain Khan whereas PMLN’s Malik Saif ul Malook Khokhar is the candidate of the opposition.

Earlier this week, the House adopted a resolution for voting of no-confidence against Deputy Speaker Sardar Dost Muhammad Mazari at 4 pm on Friday.

The polling comes days after the fiasco over the Punjab Chief Minister seat, as the country’s apex court revoked Dost Mazari’s ruling in the Punjab chief minister’s election and ruled that PTI’s candidate Pervez Elahi will be the new CM of the province.