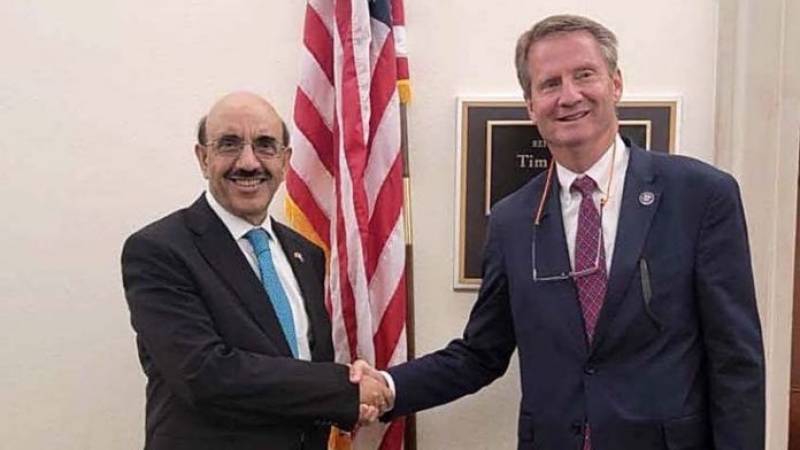 Ambassador Masood Khan, in his meeting with Congressman Burchett, briefed him on the latest developments in bilateral relations and reiterated the importance of broad-based engagement.

He emphasized the need for strengthening economic cooperation and discussed promotion of trade between Pakistan and the State of Tennessee that currently amounts to US $432 million.

Congressman Burchett, who serves on the House Foreign Affairs Committee, affirmed the importance of Pakistan-US relations to enhance economic cooperation.

Ambassador Masood Khan was received warmly by Congressman Mark Green, a soldier, an author, an entrepreneur, a physician and a distinguished lawmaker.

Both discussed various aspects of Pakistan-U.S.bilateral relations and agreed on continued cooperation in diverse areas, with particular focus on enhancing economic and commercial ties.

Masood Khan also briefed Congressman Green, who also serves on House Foreign Affairs and Armed Services Committees, about the regional security situation,including the latest efforts by Pakistan to create conditions for stability and prosperity in the neighborhood.

Congressman Green affirmed his strong faith in developing closer ties between Pakistan and the United States.

The ambassador extended an invitation to both Congressmen to visit Pakistan which they gladly accepted.