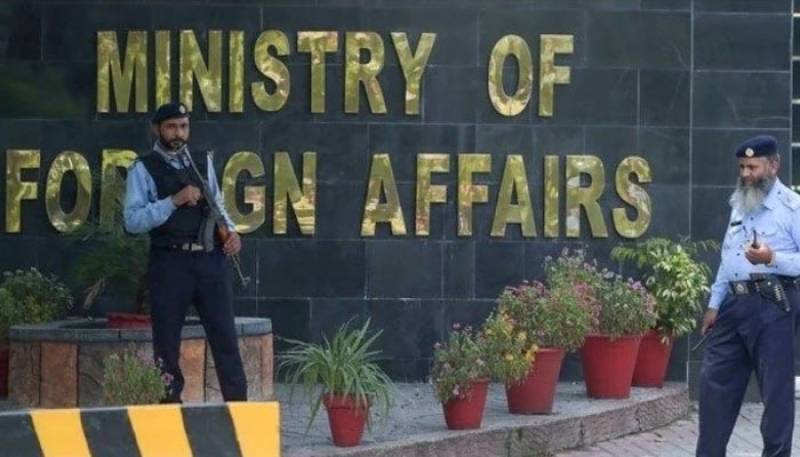 Following speculations about Special Assistant to Prime Minister Tariq Fatemi's meeting with a US State secretary being "private", the Ministry of Foreign Affairs has refuted the rumours, saying that the meetings were facilitated by the Pakistan Embassy in Washington.

Reports were circulating in Pakistani media that Fatemi's meeting with senior US Assistant Secretary Of State Wendy Sherman in Washington was disowned by the Foreign Office, saying that it was a personal trip.

Fatemi visited the US last week where he held sessions with the officials at the Pakistan embassy and the ambassador.

The Foreign Office's spokesperson stated that the media story about Fatemi's visit was "factually incorrect and misleading".

"During the SAPM’s private visit to Washington DC, his meetings were facilitated by the Pakistan Embassy in Washington," said the FO spokesperson.

"Officials of the embassy also participated in the meetings. There was, therefore, no question of ‘disavowing’ it."