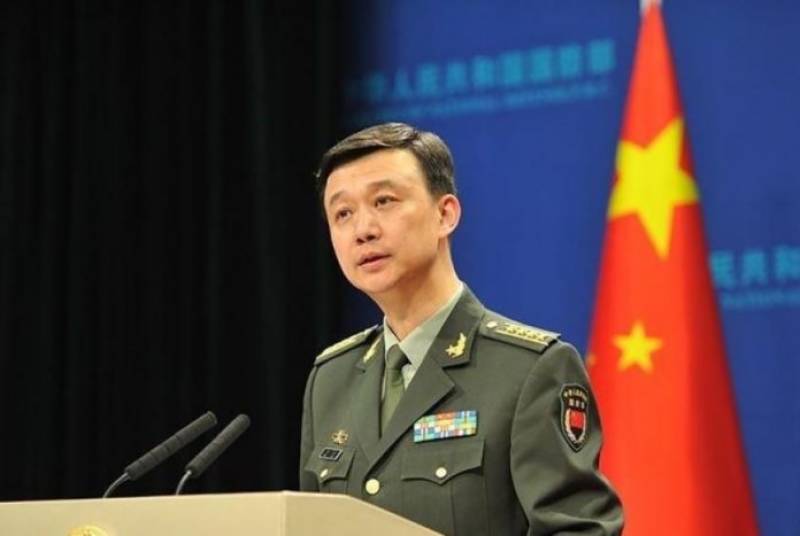 BEIJING - A Chinese Defense Ministry Spokesperson said that the recently concluded China-Pakistan joint naval exercise off Shanghai had consolidated the traditional friendship between the two countries and the two militaries, and enhanced the ability of the two navies to jointly deal with maritime security threats.

The China-Pakistan joint maritime exercise “Sea Guardians-2” was held from July 10 to 13 in the sea and airspace near Shanghai.

“This joint exercise has consolidated the traditional friendship between the two countries and the two militaries, and enhanced the ability of the two navies to jointly deal with maritime security threats,” Senior Col Wu Qian said during his monthly briefing.

The spokesperson said that the two sides dispatched surface ships, submarines, aviation and other arms forces in a joint exercise under complex conditions.

Col Wu Qian said the two sides had close and efficient coordination of formation tactics and added, during the exercise, the two sides shared a high degree of sharing and cooperated closely, reasonably allocated tasks according to the battlefield situation, gave full play to the technical and tactical performance of different ships, and realized the combat effectiveness of the joint formation.

He said that exchanges and discussions were extensive and in-depth and the personnel of both sides made full use of this rare opportunity to conduct comprehensive exchanges, mutual learning and common improvement, and to strengthen the exchange of professional technology and experience.

In the next step, under the leadership of the leaders of the two countries, the Chinese and Pakistani militaries will continue to deepen practical cooperation in various fields, inject new impetus into the all-weather strategic cooperative partnership between the two countries, and contribute new forces to maintaining regional peace and stability.

It may be mentioned that during the joint exercise the PLA Eastern Command Navy sent the frigate Xiangtan, the corvette Shuozhou, the comprehensive supply ship Qiandaohu, a submarine, an early warning aircraft, two fighter jets and a helicopter, while Pakistan Navy’s frigate Taimur joined the exercise.