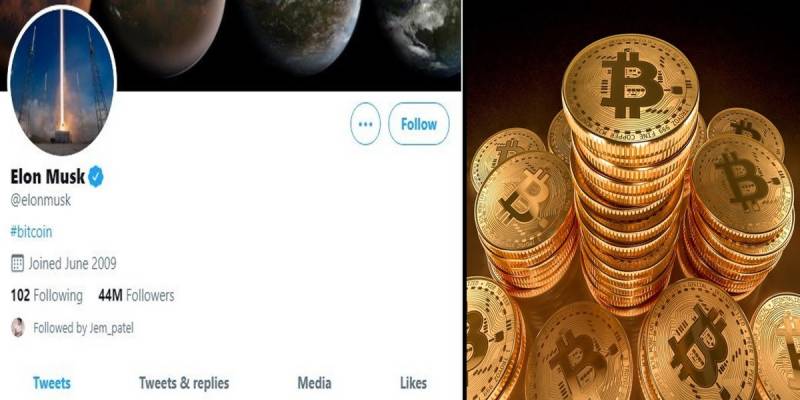 Tesla founder Elon Musk wrote #bitcoin on his Twitter bio with no further explanation, but speculation that the world’s richest man might be a Bitcoin investor.

Bitcoin surged above$38,0oo after the Elon Musk’s cryptic move and the prices soared as much as 15% in a couple of minutes, the biggest intraday progress in almost a year.

Antoni Trenchev, managing partner and co-founder of Nexo in London said “Obviously this huge melt-up is due to Elon’s tweet,”

The word’s richest man’s support for Bitcoin “creates a safe zone for some of the smaller companies and possibly everyone in the S&P 500 to allocate into Bitcoin,” he said.

Elon Musk also tweeted an image of a “Dogue” magazine cover featuring a whippet in a red sweater – a play on the fashion magazine “Vogue.”

He also sent posts calling Cyberpunk a great video game and said, “In retrospect, it was inevitable.”