US drone strikes in Pakistan to continue: Report
29 Jan, 2018 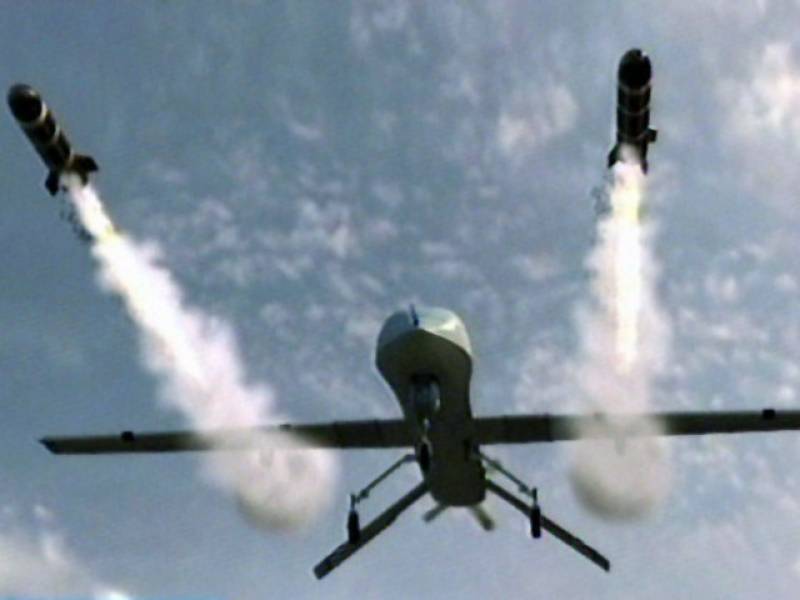 ISLAMABAD - The United States has made it clear to Pakistan that drone strikes inside the Pakistani territory will continue until Islamabad “satisfies” Washington of indiscriminate action against all the militant groups, The Nation has learnt.

Senior officials at the foreign ministry said that the US rejected Pakistan’s protests against the drone strikes, saying Pakistan would have to “earn” an end to such attacks – by taking action against all the militant outfits.

Citing recent contacts with Washington, an official said: “They [the US] believe we are sheltering some militant groups and are playing a double game. They want us <link>to satisfy them for an end to the drone attacks <link> . It doesn’t seem easy to satisfy them.”

He added: “We have told them [the US] about the resentment against the drone attacks <link> in <link>Pakistan <link> . People want military reaction against the drone strikes, which could worsen the Pak-US tension. They [the US] have not given any positive response so far.”

Last week, <link>Pakistan <link> had warned that thedrone attacks <link> by the US <link> inside the Pakistani territory could prove detrimental to the Pak-US partnership.

This came after a US <link> drone strike in the Kurram Agency killed two people.

The foreign office reacted sharply to the strike warning “such unilateral actions, as that of today (January 24), are detrimental to the spirit of cooperation between the two countries in the fight against terrorism.”