US CENTCOM Commander refuse to withdraw from Syrian town after Turkish threats
29 Jan, 2018 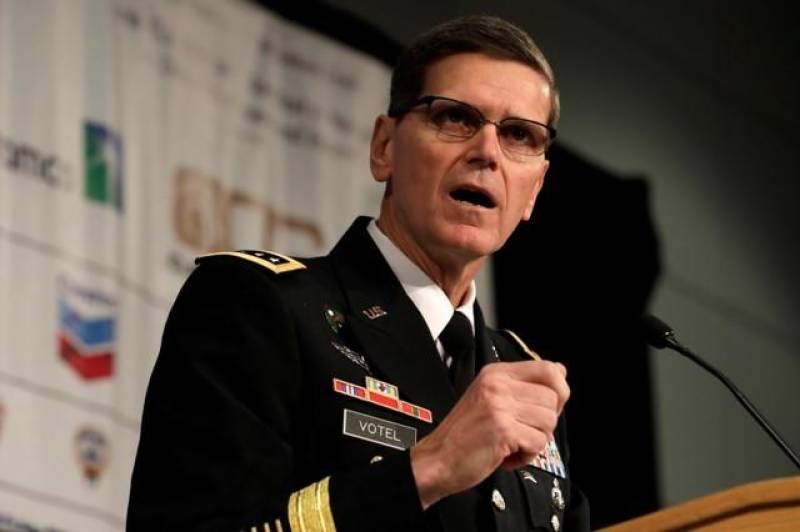 WASHINGTON - The United States has no plans to withdraw troops stationed near the town of Manbij in northern Syria despite warnings from Turkey to remove its forces immediately, CNN quoted the U.S. Central Command chief General Joseph Votel as saying.

Pulling U.S. forces from Manbij is "not something we are looking into", the channel's website reported Votel as saying on Sunday during a trip to the Middle East.

Turkey, which is waging a military offensive against Kurdish YPG fighters in Syria's northwestern region of Afrin, has repeatedly said it will also drive the YPG militia from the mainly Arab town of Manbij, east of Afrin.

The United States has around 2,000 military personnel in northern Syria supporting an umbrella group of fighters, dominated by the YPG, which drove Islamic State from its Syrian strongholds last year.

Turkey, which considers the YPG to be a terrorist organization, has called on Washington to end its military support for the group and to pull back from the Manbij region where some of its troops are stationed.

Foreign Minister Mevlut Cavusoglu said on Saturday the United States "needs to break its link with (the) terrorist organization and make them drop their weapons completely. They need to collect the weapons they gave, they need to withdraw from Manbij immediately."