Pakistan ready to work with US for peace in Afghanistan, a military solution is not possible: Ambassador
29 Jan, 2018 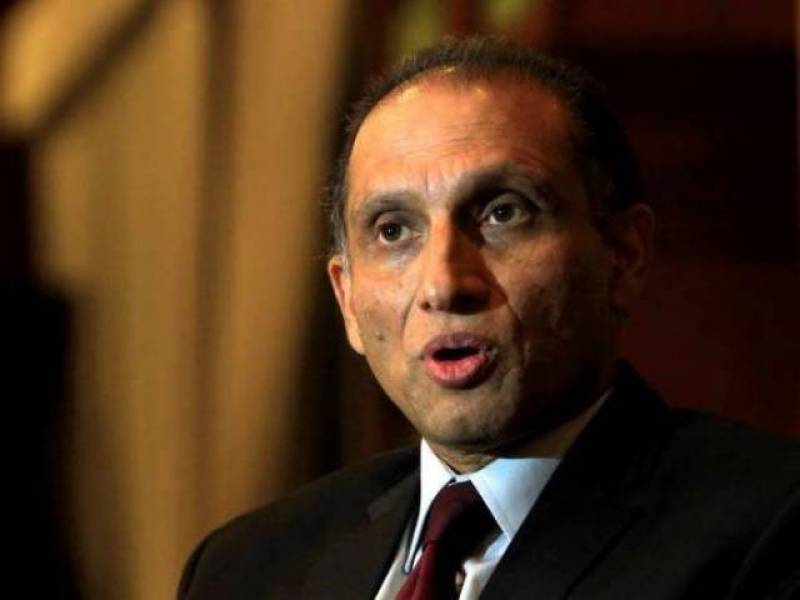 WASHINGTON: Pakistan’s Ambassador to the United States Aizaz Ahmed Chaudhry has said that in spite of current strains in bilateral ties, there is a clear realization on both sides for the imperatives of working together in pursuit of shared objectives of eliminating terrorism and stabilizing Afghanistan.

He said both Pakistan and the United States have high stakes in peace and stability in the region which is also critical to ensuring world peace. Citing the long history of friendship between the two allies, he expressed the optimism that leadership in the two countries would be able to find a common ground, without compromising their vital national interests.

In a wide-ranging interview with APP that covered the recent developments in the bilateral ties in the wake of President Trump’s decision to cut-off security aid, the Ambassador said that he had met several Congressmen, Senators and other government officials and many of them appreciate the need for Pakistan and the US to work together for shared objectives.

The Ambassador stated that despite a decision by the Trump administration to withhold security assistance, Pakistan would continue to assist the US in supporting its troops in Afghanistan, which are struggling to stem Taliban advances, as it was important for fighting terrorism.

“Pakistan and the United States are fighting a common enemy,” the Ambassador said. “We don’t have any choice but to work with each other for a common cause.” But, he emphasized that Pakistan cannot be made a scapegoat for the US and Afghan failures.

“Pakistan also needs to have good relations with all countries, including the United States, but such relationship should be honorable and based on mutual respect,” the Ambassador said.

The Ambassador said that Pakistan has made it clear to Washington that it did not need any aid. He said, the fact of the matter is, US was reimbursing expenses that Pakistan incurred in the fight against terrorism, which has now been withheld.

The Ambassador said that Pakistan suffered most from the menace of terrorism with colossal human and economic losses, but that has steeled its resolve against terrorism. “Resolute military operations in the tribal region along the Afghan border have reversed the tide of terrorism and terrorists are on the run."

He said that those hiding are being chased through intelligence-based operation “Raddul Fasaad” Some terrorists have taken refuge in Afghanistan from where they now plot action against Pakistan and US troops in the region, he added.

Ambassador Chaudhry, however, observed that there was no military solution to the long-running war in Afghanistan. He said Pakistan has clearly stated that it would fully support an Afghan-owned and Afghan-led process to restore peace in the war-torn country.

The Ambassador recalled that Pakistan took the ice-breaking initiative when it brokered and hosted the first direct meeting between Taliban and the Afghan government on its soil in July, 2015.

While, the first round made progress, the news of Mullah Omar’s death leaked just a day before the second round, threw the whole process into uncertainty. Even the second attempt for reconciliation by four Nation group called QCG stalled after Taliban leader was killed by a drone strike in May 2016.

To a question, Ambassador Chaudhry said that Pakistan’s leverage over Taliban has eroded over time and, while Islamabad would do all it can to facilitate a reconciliation process, “it would not help to raise the “expectations bar” too high. “ We need peace in Afghanistan as much as the US or Afghanistan does. There cannot be peace in Pakistan without peace in Afghanistan,” he added.

Replying to a question, the Ambassador stated that Pakistan’s political and military leadership were on the same page on the matters of national security, and cited a unified national response to the US aid-cut announcement.

When asked to comment on the US stance, the Ambassador strongly refuted the allegations of Pakistan harboring terrorists and providing safe havens to any extremist group. “There is a national consensus on defeating terrorism on the country’s soil and the military has targeted all terrorist groups without any discrimination.”

“Pakistan is squeezing space on those remaining who have morphed into Afghan refugee camps,” said the Ambassador, adding that Pakistan wants to repatriate all Afghan refugees to their country as it was adding to the country’s security challenges.

The Ambassador observed that since the border is porous, many terrorists take advantage of that to move across the border on both sides. As far as Pakistan is concerned, the government is now fencing the 800 kilometer fence-able stretch to control the 2600 kilometer border area and prevent any illegal cross-over.

Where fencing was not possible, Pakistan is setting up posts to man the border region, he added. To the contrary, there is not a single Afghan soldier or post to man hundreds of kilometers of the border.

To a question, the Ambassador stated that the Trump administration sought more Indian involvement in Afghanistan under its new South Asia strategy but, he added, instead, India has increased its intelligence presence in that country which New Delhi was using against Pakistan.

Replying to a question about the apprehension as echoed by some quarters in the United States from time to time about the possibility of Pakistan’s nuclear weapons falling into wrong hands, the Ambassador categorically rejected any such insinuation.

He said the country had a strong command-and-control system for its nuclear weapons that was fully in place. “Our nuclear program is purely for deterrence purpose and will never be compromised.”

Again underscoring the need for Pakistan and the United States to cooperate closely, the Ambassador said that Pakistani Americans are contributing to convey Pakistan’s point of view to their friends in Congress and the administration.