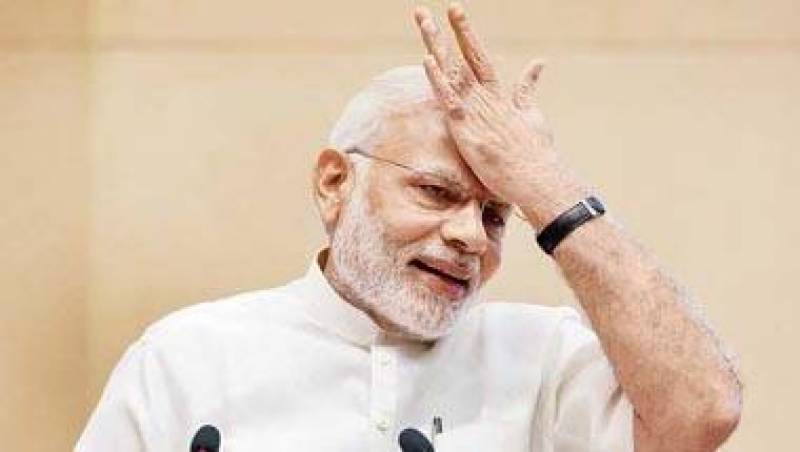 NEW DELHI - Senior Congress leader Shashi Tharoor has asked the Modi government to take the nation into confidence over relations with China and Pakistan, saying “major differences” existed between the opposition and the ruling dispensation on foreign policy issues. The 61-year-old MP from Thiruvananthapuram said the government was not being honest to the people about India’s relations with China.

“We are increasingly convinced that the government is not telling the truth to the people. Doklam has been spun by the government as a diplomatic victory and from the information that is available in the public domain, it does seem a matter of concern,” he said at the ongoing Jaipur Literature Festival yesterday.

“We are seeing evidence of reinforced Chinese positions 200 metres from where they had disengaged,” Tharoor said. Indian and Chinese troops had been locked in a stand-off for over two months last year in the Doklam area near Sikkim before “disengaging” on August 28 last year.

“Tell us what is going on. We are asking to give us a coherent approach. We are united with you in national interests. Take us along, Take us into confidence. Don’t play game of smoke and mirrors with the nation,” the former Union minister said. He also accused government of having an incoherent foreign policy with respect to Pakistan.

Tharoor slammed the government for going back and forth in its policy on Pakistan. “You can’t have a saree-shawl diplomacy one day, artillery diplomacy next, then ignoring each other in Kathmandu the third day. Calling talks in Delhi and then cancelling them, then having talks in Bangkok, then meeting in Ufah and issuing a circular,” Tharoor said.

“They should take (the) nation into confidence,” Tharoor said, adding that the government should make its stand clear. Tharoor said there was more consensus on foreign policy-related issues in the past between the government and the opposition, but now there were major differences.

“On foreign policy there always was much more consensus in the past. The nature of that consensus was that we have our political difference but they stop at the waters edge. We don’t take them abroad,” he said. “There was very much peace with the idea that we are one when it comes to talking to the outside world and on national issues there are no political differences.

“Today there are major differences. On most foreign policy issues we try to have a united front. On Pakistan issue, for example, we are extremely concerned at the lack of coherence in the policy,” he said. Tharoor said that earlier the opposition knew about what the prime minister was saying and doing and chalked out a strategy based on that, but now the parties are not taken into confidence.

“Whether you like it or not , you knew what Manmohan Singh was doing and saying…Suddenly, we have a Prime Minister who seems to have gone back on…when he was in opposition. This is one area where there is a huge difference. Their policy keeps changing,” he said.