After two decades, Era of global US Military interventionism is winding down
29 Feb, 2020 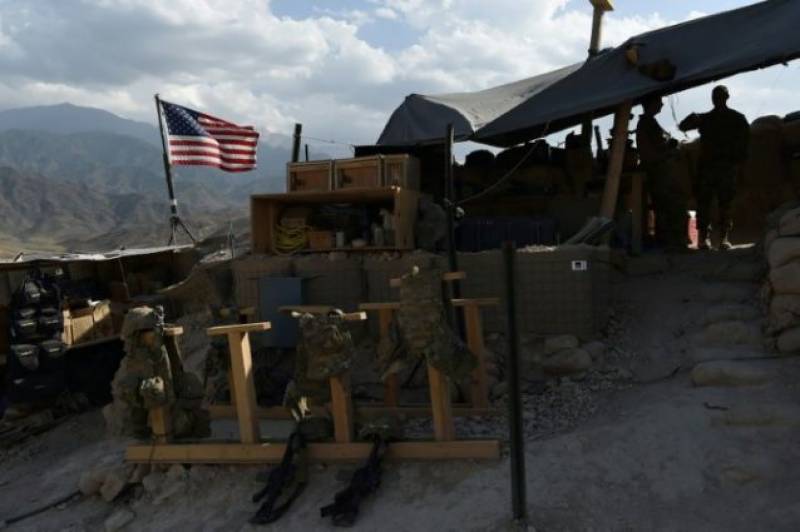 Washington - In making peace with the Taliban, the United States is moving to end its longest-ever war and also signalling a major shift: After two decades, an era of global US military interventionism is winding down.

Since the September 11, 2001 attacks killed 3,000 people and traumatized the American psyche, the debate in Washington has been not whether but how to wage a worldwide "war on terror."

The 2003 invasion of Iraq set off worldwide protests but Afghanistan had been cast in Washington as "the good war" with Presidents Barack Obama and Donald Trump both reluctantly ramping up troop levels.

Under an agreement set to be signed Saturday in Qatar, Trump is expected to start pulling out troops and leave the future of Afghanistan to negotiations between the Islamist militants and the internationally recognized government in Kabul.

Adam Wunische, an Afghanistan expert at the Quincy Institute for Responsible Statecraft, a new Washington think tank that promotes military restraint, said that a "responsible withdrawal" from Afghanistan had been the major taboo in Washington.

"There are some places where we accept the higher risk of terrorism, but politicians are terrified of the prospect of a terrorist attack originating from Afghanistan and then having to explain it to their constituents. And that's because of the memory and scar of 9/11," he said.

"I think the election of Trump was not necessarily a shift in itself but it was an indication that the shift had occurred -- that someone could run on ending endless war and win."

Wunische doubted that the United States could turn back to a pre-Trump policy, with even critics advocating a "more nuanced" interventionism rather than pushing for a return to massive military deployments.

All Democrats seeking to replace Trump have supported some form of withdrawal from Afghanistan, with none facing the political pressures of Obama who toured Afghanistan and Iraq in the midst of his 2008 campaign.

Representative Ro Khanna, a prominent supporter of Democratic presidential front-runner Bernie Sanders, pointed to Al-Qaeda's expansion around the world and the Taliban's dominant position in swathes of Afghanistan despite nearly 19 years of war.

"Thinking we are going to bomb our way out of terrorism has just proven false," Khanna said.

"There was a very broad consensus that the initial strikes on Afghanistan were justified. But 20 years later? No one said that we were trying to reshape Afghanistan society."

Despite Trump's campaign vows to finish "endless wars," the United States still stations more than 200,000 troops overseas -- and he has rushed 20,000 additional troops into the Middle East over the past year.

The Trump administration, while saying its broader goals are to counter China and Russia, has engaged in rising confrontation with Iran, in January killing the clerical state's most prominent general in a drone strike as he visited Iraq.

A senior diplomat from a US ally saw a change in Washington but said it was a mistake to believe Trump was fully retreating from military involvement.

"Trump isn't an isolationist, he's a selectionist. He wants to pick and choose where the US will be active," the diplomat said.

"That sounds fine until there is a vacuum and it gets filled by other, much more problematic powers like Russia."

Russia has deployed in force into Syria, where both Obama and Trump resisted calls for greater intervention to try to stop President Bashar al-Assad's brutal crushing of opposition.

Trump was criticized across the political spectrum last year for how he abruptly pulled US forces from northern Syria, allowing Turkey to attack US-allied Kurds, but he faced few calls at home for an extended military deployment.

Since September 11, US-led wars have led directly to the deaths of more than 800,000 people and cost the United States some $6.4 trillion when including the future costs of care for veterans, according to Brown University's Costs of Wars Project.

Lawmakers have increasingly spoken of revising a vast war authorization -- approved by Congress days after September 11 with only one dissenting vote -- that last year was used to justify US deployments or military action in 15 countries.

Support for military action has waned sharply since the Iraq debacle. In a September 2019 Gallup poll, 43 percent of Americans said the Afghanistan war was a mistake from the start.

But the mood may be more weariness than anger. Unlike during the Vietnam War, for which Americans were drafted, there are few major protests demanding a withdrawal from Afghanistan, where 22 US service members died last year.

Retired general David Petraeus, who commanded troops in both Iraq and Afghanistan, said the United States can sustain support for long-term deployments if it keeps down "the cost in blood and treasure" -- pointing to the seven-decade presence in Europe, South Korea and Japan.

The last two decades show that "ungoverned or even inadequately governed spaces in the Muslim world, particularly in the greater Middle East, will be exploited by Islamist extremists," he told an unreceptive audience at the Quincy Institute.

"You cannot watch this problem until it goes away. Because Las Vegas rules do not apply in these places -- what happens there doesn't stay there." - APP/AFP