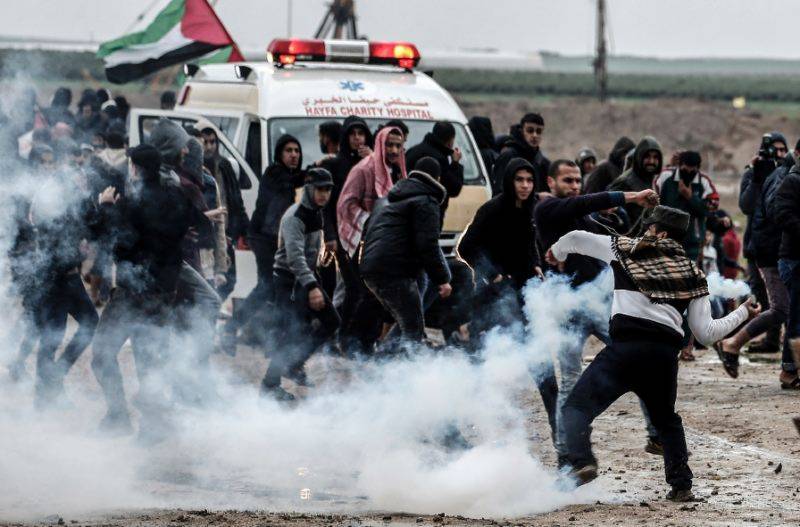 Gaza City: A Palestinian man was killed Friday by Israeli fire during protests and clashes near the border between the Gaza Strip and Israel, the health ministry in the coastal enclave said.

Eight other Palestinians were wounded by live fire during clashes with Israeli soldiers along the border, Qudra added.

Around 5,000 Palestinians demonstrated on Friday along various parts of the border between Gaza and Israel, a spokeswoman for the Israeli army said.

The protesters threw stones at the soldiers and also hurled explosive devices which fell on the Gaza side of the border, the spokeswoman said.

Palestinians in the Gaza Strip have held often violent protests backed by its Islamist rulers Hamas since March 30.

Protesters are calling for Palestinian refugees to be allowed to return to their former homes now inside Israel.

At least 240 Palestinians have been killed since the demonstrations began, most of them by Israeli fire during border clashes but also by air and tank strikes.

Two Israeli soldiers have been killed over the same period, one by a Palestinian sniper and another during an aborted special forces operation inside Gaza.

Israel accuses Hamas of seeking to use the protests as cover to carry out infiltrations and attacks, and says the army's actions are necessary to defend the border.