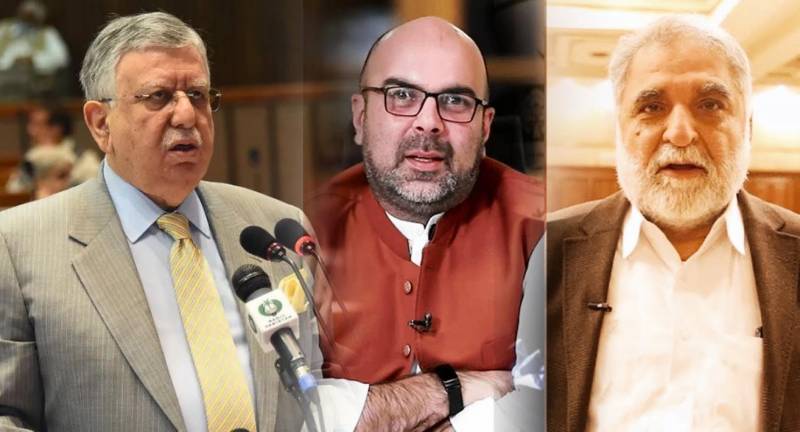 ISLAMABAD – The government and the former ruling Pakistan Tehreek-i-Insaf (PTI) slammed each other over a leaked audio clip of Shaukat Tarin in which he asked Punjab and KP ministers to backtrack from IMF commitments to pressurize PML-N government.

The origin and authenticity of the tape remained a mystery until former finance minister and senior PTI leader Asad Umar came to defend Tarin, who remained in limelight since the audio got leaked online.

In the phone call, Pakistan’s former finance chief is apparently asking Mohsin Leghari and Taimur Jhagra to do a volte-face citing provincial surplus.

Also, Tarin tells Leghari to prepare a letter mentioning the devastating situation after the flood emergency as the reason for not being able to honor the commitment, a move which according to Tarin will pressurise Sharif’s government.

He even gives the rationale behind the extreme move, saying the PML-N-led government should be taught a lesson for creating hardships for the opposition.

Leghari, however, raises questions about Tarin’s move, asking if it would suffer Pakistan. Tarin then says that that’s already suffering the way they treat your chairman Imran Khan and everybody else.

In another audio leak, the Pakistani senator can be heard asking KP finance minister Taimoor Jhagra if he had written the letter on which the latter responded to him, saying he will send the letter soon as he drafts it.