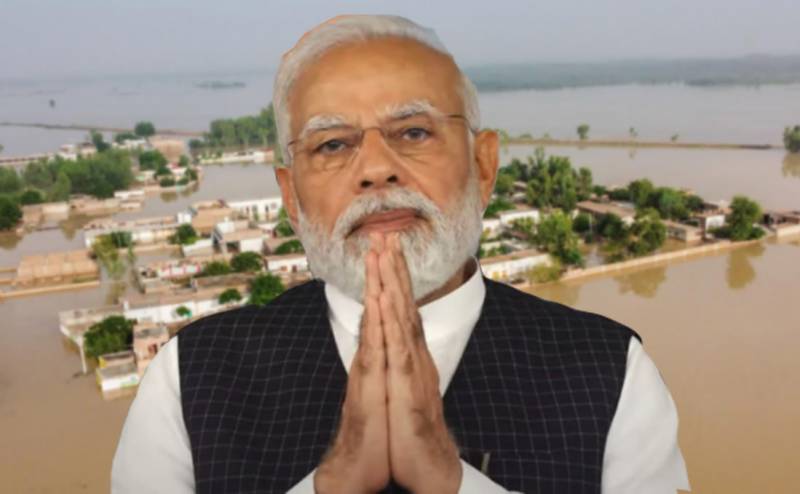 In a tweet from official Twitter, the Indian premier expressed sadness over the floods in Pakistan and prayed for early restoration of normalcy tens of thousands have been forced to flee their homes with massive infrastructure washed away.

“Saddened to see the devastation caused by the floods in Pakistan. We extend our heartfelt condolences to the families of the victims, the injured, and all those affected by this natural calamity and hope for an early restoration of normalcy,” the tweet cited.

A large number of people have been forced to flee their residences as entire villages vanished, with horrific clips showing catastrophic moments.